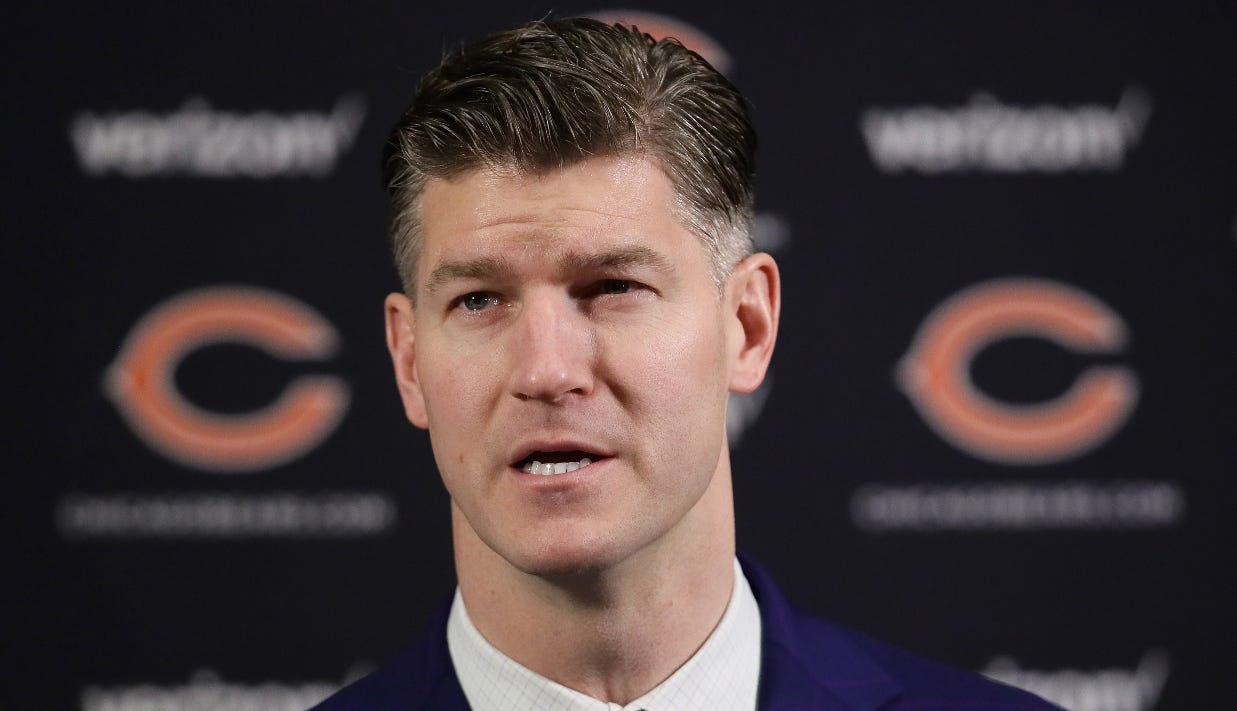 Laurence Holmes is fed up with Ryan Pace, Bears

(670 The Score) The news of the Bears agreeing with veteran quarterback Andy Dalton on a one-year deal landed with a thud in Chicago on Tuesday.

Most fans fell on somewhere on the spectrum of sorely disappointed to irate that the Bears still haven’t addressed their quarterback woes. Leaks soon followed that the Bears made a big trade offer for Seahawks star quarterback Russell Wilson, but that was of no solace for Chicago fans. Because just as before, the Bears don’t have an answer at quarterback. And that had 670 host Laurence Holmes fired up as well, with his frustration focused squarely on Bears general manager Ryan Pace.

“What you didn’t do was succeed,” Holmes said. “You didn’t get it done. Period. So I don’t have any bleeps to give for Ryan Pace’s effort and guess what? Neither should you. All they keep telling you is potential, potential, potential. How long are you going to allow that to be what they do? How can George (McCaskey) and Ted (Phillips) this morning be excited about the state of their football team? How?”

Holmes had much more to say in his rant, which you can watch in full above.

“Why? What is it that he’s done in his career as general manager of the Bears that says to you he deserves another opportunity to pick the future of your franchise? They should’ve fired him today.”

BYU football: How QB Sol-Jay Maiava-Peters got on the Cougars’ radar