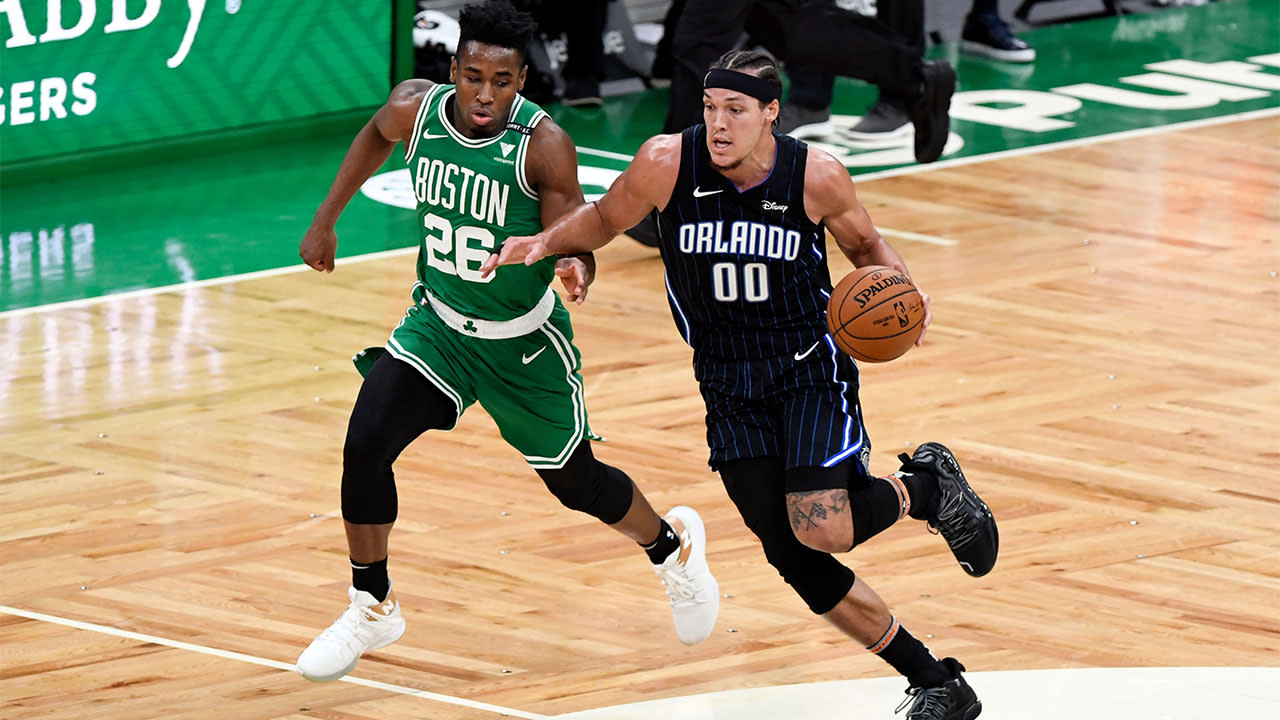 Latest on Celtics’ pursuit of Aaron Gordon trade with Magic

Did the Boston Celtics face a future teammate Sunday at TD Garden?

The Ringer’s Kevin O’Connor reported Sunday that the Celtics have interest in Orlando Magic forward Aaron Gordon ahead of Thursday’s NBA trade deadline. The Athletic’s Jared Weiss and Shams Charania confirmed that interest Monday — with Weiss adding that Boston has “engaged” Orlando about a possible trade for Gordon.

The Celtics have plenty of competition: The Houston Rockets, Minnesota Timberwolves, Denver Nuggets and Portland Trail Blazers also have discussed a Gordon trade with the Magic, per Charania.

Gordon also wouldn’t come cheap: Orlando is holding out for a return centered around “multiple first-round picks or a pick with a good young player,” Weiss reports.

Boston doesn’t have much in the way of either asset: They only have their own future first-rounders (likely outside of the lottery unless the team misses the playoffs), while young players like the injured Romeo Langford and rookies Aaron Nesmith and Payton Pritchard may not move the needle as much.

But Weiss notes the Celtics’ $28.5 million traded player exception could give them an “edge” in the Gordon market, because they could absorb his contract without needing him to agree to a contract extension. Gordon is making $18.1 million this season and will make $16.4 million next season on the final year of his deal, so the C’s could let him play out that contract before hitting free agency in 2022.

Forsberg: This week could define Celtics in more ways than one

In fact, Weiss reports the C’s absorbing Gordon’s contract into the TPE would be “preferable” to Boston trying to match salaries by including Tristan Thompson and his $9.5 million price tag in a deal.

Adding Gordon would bloat the Celtics’ payroll in 2021-22, though. So is he worth the payment? The 26-year-old is averaging 14.7 points, 6.8 rebounds and 4.2 assists per game this season while shooting 40.2% from 3-point range and would help fill the void Gordon Hayward left as a dynamic, third- or fourth-option playmaker.

If the price is right — Gordon has requested a trade out of Orlando, per Weiss, so the C’s could have some leverage — such a trade could be the shot in the arm the Celtics need to turn their season around. If not? Boston reportedly is interested in plenty of other players — including Gordon’s Magic teammate Evan Fournier, per Charania.