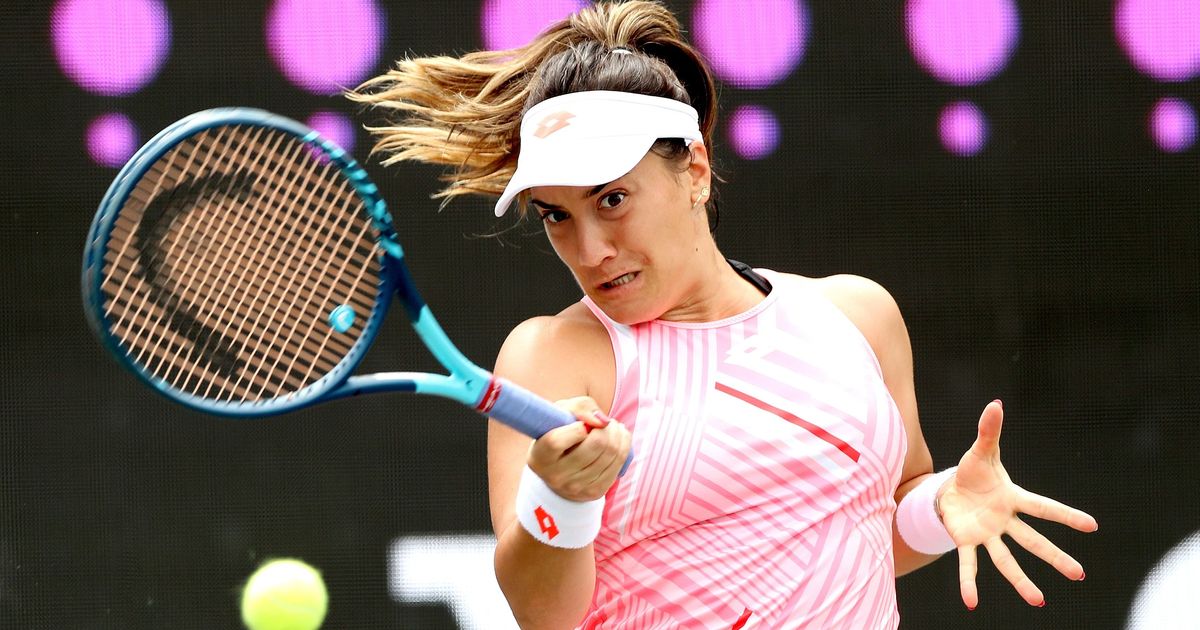 Don’t let their ages fool you, because they’ve been at this awhile. Kovinic first picked up a racquet in Montenegro at the age of seven. Back in Russia, Kudermetova was eight.

They progressed steadily through ITF tournaments, starting with $10,000 purses a decade or so ago, and worked their way up the WTA rankings ladder. They have weathered the injuries, small and large, the weariness that traveling the world can sometimes induce. The dislocation of playing in a different venue almost every week, the inherent difficulty of a sport that produces only a single winner in each event.

Now, here they are on their biggest stage proving that overnight sensations are a myth better served by movies and novels. They stand on the precipice of a life-changing day, anticipating the most important tennis match they’ve ever played: Sunday’s Volvo Car Open final (1 p.m. ET) in Charleston.

So many perks to play for: a priceless 470 ranking points, a nice trophy, some satisfying post on social media, worldwide recognition. For the winner between Kovinic and Kudermetova, this breakthrough moment will mean a first career WTA singles title at the largest women’s-only tennis tournament in North America.

Kovinic, ranked No.91 in the world, was even with No.12 seed Ons Jabeur in Saturday’s first semifinal at 3-all in the first set – and won the next seven games. Ultimately, she was a 6-3, 6-2 winner and advanced to a WTA 500 final for the first time. It’s her first final of any kind in nearly five years.

“I was feeling very calm today,” Kovinc told reports afterward. “But to be honest, I didn’t expect this result in two sets. I was feeling a bit tired, but somehow I did not show that on the court.”

Veronika Kudermetova dispatched Paula Badosa 6-3, 6-3 in the second semifinal. When Monday comes, the Russian will hold a career-high ranking. With five matches played, she has yet to drop a set.

“Was a good match for me, because I was really nervous,” she said afterward in a Tennis Channel interview. “I crashed my racquet. I’m happy about the win.”

Kudermetova has won the only match between them, a straight-sets effort in the round of 16 two years ago at Shenzhen. It’s a match Kudermetova does not remember.

“Here, she played amazing,” Kudermetova said of Kovinic. “She beat good players. [Sunday], I don’t have expectation. I try to enjoy I am in the final.”

Kovinic will have to contend with some big serving. While Kudermetova wasn’t firing consistently against Badosa in the semifinals, she finished with five aces. Kudermetova has 25 for the tournament and 124 for the year, only three behind WTA leader Ashleigh Barty.

Both players have thrived in the big moments.

Kovinic stunned two-time Grand Slam champion Petra Kvitova in the third round. This, after previously coming within two points of beating her – twice.

Kudermetova beat Sloane Stephens, a former US Open and Charleston champion, in the quarterfinals.

Previously, Kovinic reached two finals, both WTA 250 events. Six years ago in Tianjin, she was ranked No.75 but ran into No.6 Agnieszka Radwanska, losing 6-2, 6-1. She was only 20 at the time. Five years ago, in Istanbul, prospects were better. She was ranked No.60 when she beat qualifier Maria Sakkari on the way to the final against Cagla Buyukakcay (No.118) but lost in three sets.

Here in Charleston, there’s much more at stake. Kovinic needed nearly three hours – the longest match of the tournament – to get past Yulia Putintseva in the quarterfinals, but looked eager and aggressive against Jabeur.

Kudermetova is into her second 500 semifinal of the year following a finals appearance in Abu Dhabi early this year. She knocked off No. 5 Elina Svitolina on the way to the final, falling there to an ascendant Aryna Sabalenka.

“Of course if I win tomorrow I will be really happy and proud of myself,” Kudermetova said. “Because right now it’s my dream to win the first title. Tomorrow I will do everything [to win].”

Kovinic’s presence in the last match here seemed to surprise her.

“I didn’t even think about winning or even playing finals,” Kovinic said. “I was just trying to play every match to give my best. To be honest, I didn’t feel 100 percent confident in my first round. Match by match, my game improved and my confidence raised a little bit and everything came together.”

And then she paused.

“I’m in the final right now,” she said, laughing, as if the thought had just occurred to her.

UC basketball is a white-hot mess now, for the foreseeable future
We use cookies on our website to give you the most relevant experience by remembering your preferences and repeat visits. By clicking “Accept”, you consent to the use of ALL the cookies.
Cookie settingsACCEPT
Manage consent