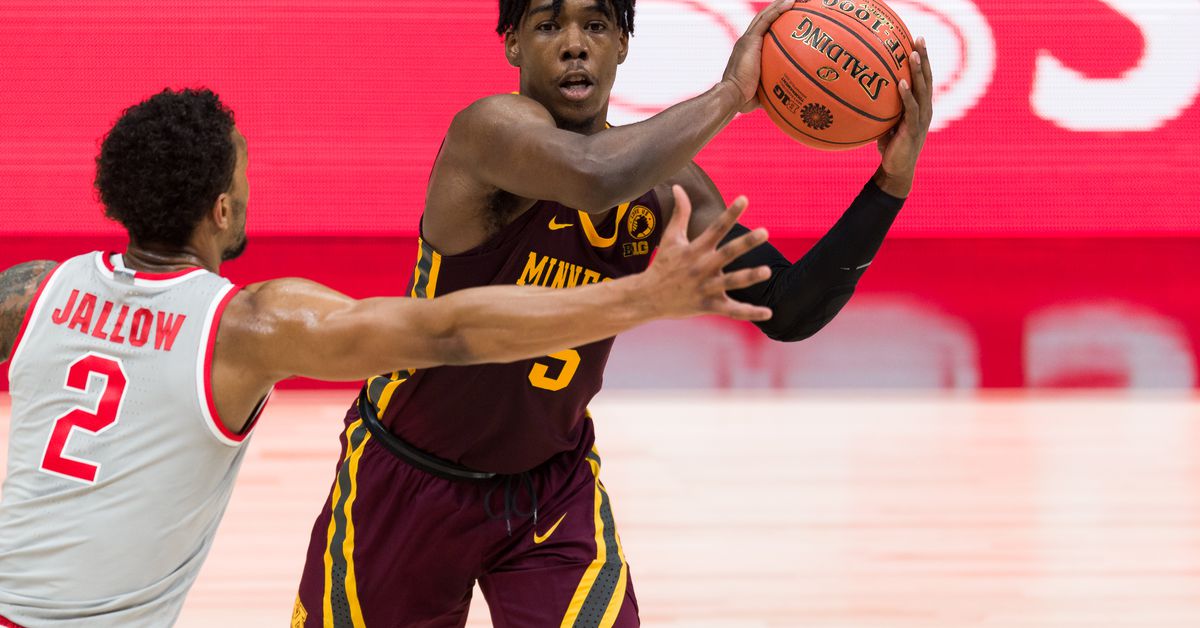 With the transfer decision of Devin Askew, there is now a major hole in the backcourt next season for the Kentucky Wildcats men’s basketball roster.

Ever since Carr decided to enter the transfer portal from Minnesota, he jumped right to the top of the wishlist for every major college program in the country.

If you dive down deeper into his numbers you will find his shooting numbers and turnover rate to be a little bit of a red flag, but when you watch the film that flag lower some. With Minnesota not having much of a scoring threat from the outside, if you add the right pieces around him you should see those numbers improve.

Recruitment: The big key in this recruitment is the timing. Carr has made it known he is going to pursue all professional options, and with that being the case it could be late June before a decision is made. If he does decide to return to college Kentucky is starting to look like a very possible destination.

The Syracuse transfer is one of the more promising young names to hit the portal this off-season.

His numbers from this past season won’t be eye-popping, but in his limited playing time for the Orange he made the most of his opportunities to impact the game. He averaged 6.3 points, 2.6 rebounds, and 3.1 assists per game. He averaged 21 minutes per game.

Richmond has some growth to make on his outside jumper, but he fits the mold of what fans are use to seeing in a Kentucky point guard under John Calipari. He consistently gets two feet in the paint, and is able to finish through contact or find the open teammate. All traits of past guards who have had success in this system.

Recruitment: Although the fit would be nice this seems like Leonard Hamilton and Florida State’s to lose.

The Illinois transfer is another top name that has entered the portal.

A former top-35 recruit in the class of 2020, Miller has shown the potential to be a great player at the college level in the right system. With Illinois losing Ayo Dosunmu this offseason, it seemed that Miller would step right in and fill the role he played.

Miller would be a fit at Kentucky, solely if John Calipari is okay with handing Mintz the reigns to be the point guard full time. Miller is a good athlete, who can attack off the dribble, and likes to play with his head down to get to the rim. He also has shown that he is a capable outside shooter, as on the season he shot 34 percent from three. Add him to handle some on ball duties and the fit is there, but if he is the primary ball handler it could get interesting.

Recruitment: Overall it has been fairly quiet since entering the portal a few days back. Expect this one to pick up soon, and every major program to be interested in adding a guy like Miller.

Marreon Jackson was a popular name for a couple of days among Big Blue Nation, but the Toledo transfer has cut his list to four schools, and Kentucky is not on it. Storm Murphy was another name who ended up committing to Virginia Tech.

For the Kentucky staff it seems they are waiting on a name to drop into the portal, or are waiting it out to see once most names enter in. With the constant fluctuation of the portal it will be interesting to see who enters in the coming weeks, and if Kentucky gets involved with one of them.

A Sea of Blue comes jam-packed with the best Kentucky Wildcats links, news, analysis, and some other fun stuff for our readers, so make sure you go ‘like’ our Facebook page and follow us on Twitter.