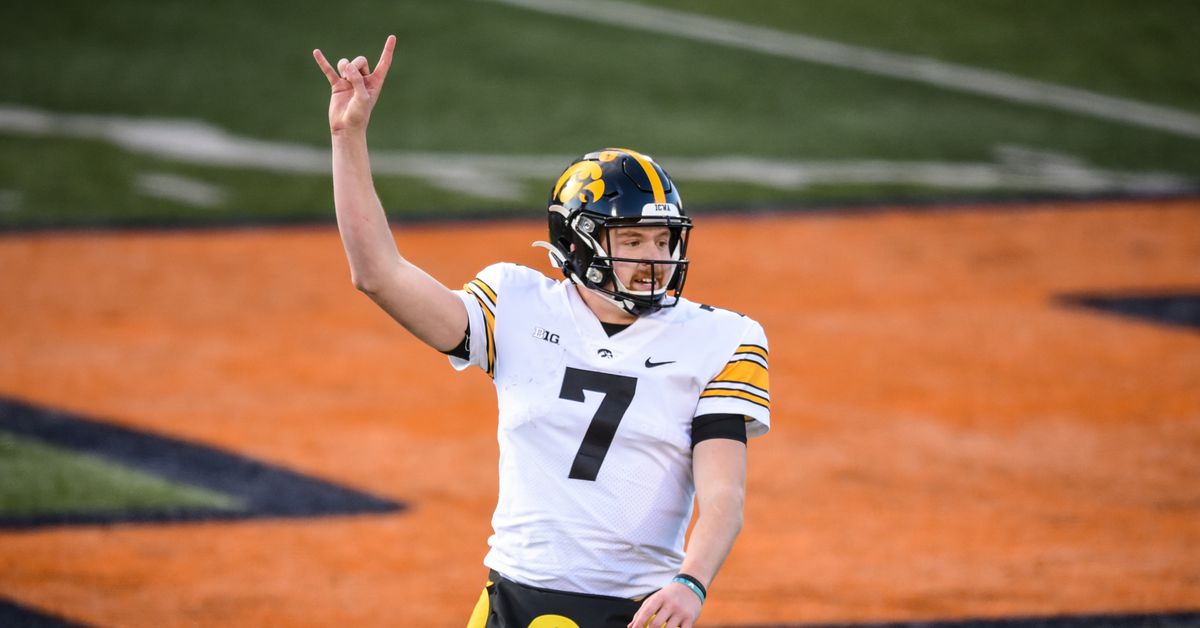 Spring has officially sprung. While the Iowa Hawkeyes saw both the men’s and women’s basketball seasons come to an end over the last week plus with wrestling wrapping up their 24th national championship as well, we are not officially in a dead period of Iowa sports as the Hawkeye football team is here to save the day.

Monday marks the unofficial start to spring for football fans as Kirk Ferentz meets with the media and the team released its Spring Prospectus. That prospectus includes several newsworthy items. That includes the official profiles for Iowa’s new offensive assistant coaches. Here’s a look at new offensive line coach George Barnett, who was hired from Tulane where he had been for just under three months.

And here’s your official profile for new running backs coach Ladell Betts, which is noticeably shorter than the rest of Iowa’s staff given his limited prior experience at the college level. Hawkeye fans will no doubt look forward to that resume expanding over the next few seasons in Iowa City.

Much more interesting for fans this time of year than new coaching profiles, however, was the release of Iowa’s annual spring depth chart.

The Hawkeyes put out a fresh depth chart each spring and fans are quick to jump to conclusions about the implications for next season. This is, after all, a fan blog so you better believe we’re here to do just that. Here’s your look at the offensive depth chart as it stands today. As a reminder, this includes any freshmen or transfers who have already enrolled in classes at Iowa, but clearly not the incoming freshmen who will arrive later this summer.

Now let’s take a look at the other side of the ball where Iowa has some big names to replace in a few key positions. Again, as a reminder this is entering spring practice, not exiting so things may change dramatically between now and week 1.

Another @lc_ftbll alum getting after it this past offseason!! That’s right @logan_jones75 now owns the all time Defensive Tackle Squat and Clean records. Also sits 3rd all time, all positions with his 435 Hang clean for the University of Iowa!! pic.twitter.com/GFQNiNB5dW

As noted above, head coach Kirk Ferentz has media availability on Monday that we’ll recap on Tuesday. That’s when the Hawkeyes officially retake the field to kick off spring practice. While those practices are not open to the public, we should start to get early reports of how things look in the coming weeks.

There are also early rumblings we may in fact get TWO open practices this spring after the Big Ten announced they would allow fan attendance in accordance with local ordinances. Rumor has it we may see fans allowed on April 17th and May 1st. If that comes to fruition, we should get some much anticipated reports on how things look heading into summer.