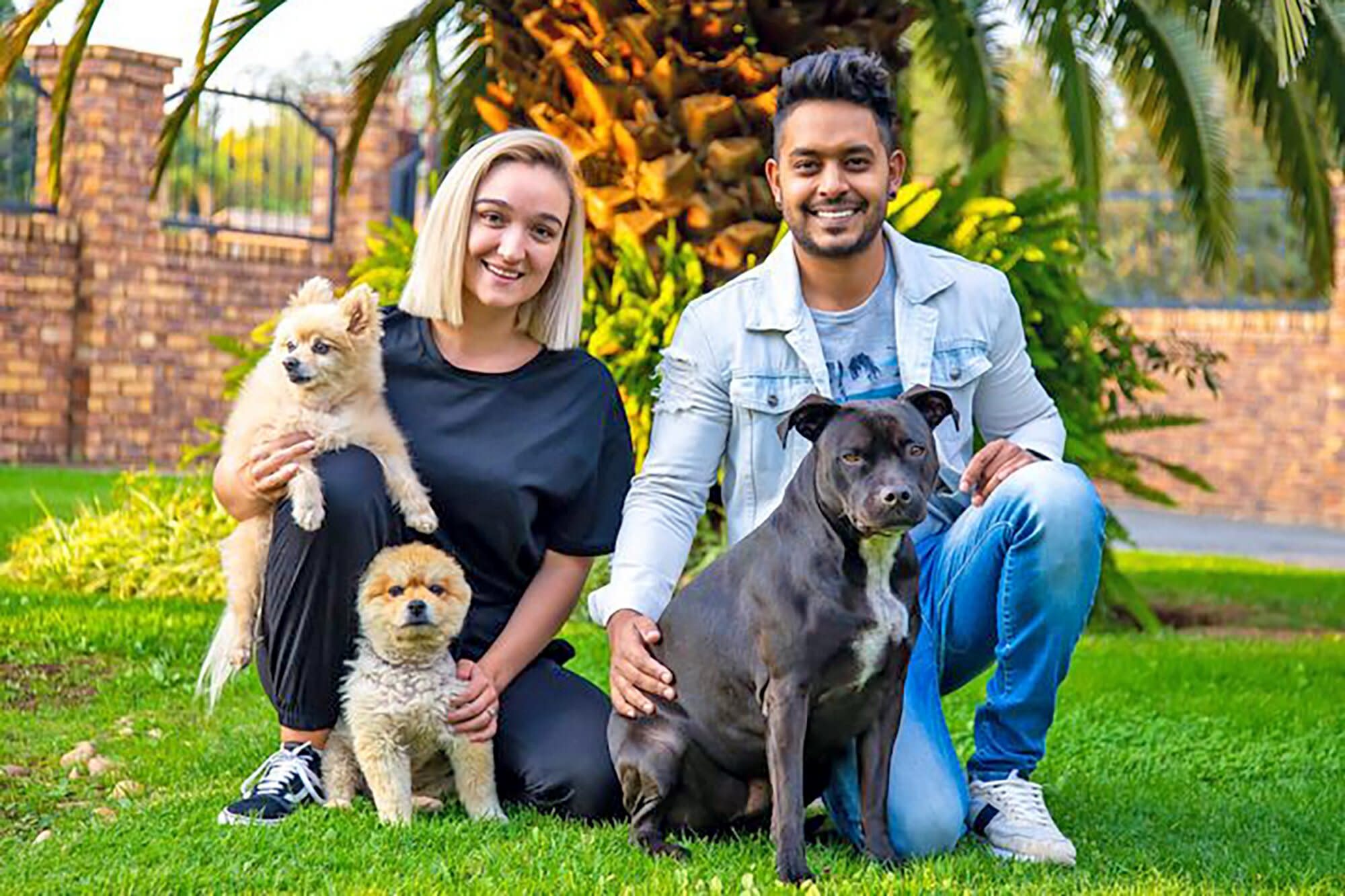 For Chucky, a 13-year-old Pomeranian, April 8 started out as just another day in the garden of his home with Melissa and Byron Thanarayen in Boksburg City, South Africa. Thanarayen tells Daily Paws that the couple usually arranges for outdoor access for Chucky and their other two dogs—Jessie, a 7-year-old black Staffordshire, and Ponco, 10, another Pom—to come and go as needed while they’re away.

But on this day, something odd happened. “My wife and I were out for an appointment. When we got back, we noticed that Chucky’s head was wet,” he tells Daily Paws. “We searched the entire house to check where he could have wet his head, but didn’t find anything.”

They’ve lived in the home with a backyard pool for about five years, but the dogs usually swim with the couple, never by themselves, so they thought it odd that the dog would have gotten in the water on his own. Nevertheless, Melissa continued to insist that she thought Chucky had been in the pool, so the couple checked their closed-circuit security footage to be sure.

The video from their surveillance camera shocked the Thanarayens, who watched in disbelief as poor little Chucky slipped off the edge of the pool and fell straight into the water. Paddling frantically and unable to get back to the pool steps, the small dog struggles to stay afloat… for more than 30 minutes.

It’s tough to watch as the Pomeranian tries repeatedly to get out of the pool, but struggles to get a grip on the sides so he can climb out. After several minutes, perhaps drawn to the pool from the sounds of Chucky’s splashing, help finally arrives in the form of big sister Jessie. The rescued Staffie appears from the side garden and paces at the edge of the pool, clearly distressed at seeing Chucky in the water alone. Each time Chucky swam up to the pool’s edge, Jessie leans down to grab the dog in her mouth as an attempted rescue. Each time, the small dog slips from her grip. At one point, it seems as though Jessie loosens a coiled pool hose to craft a makeshift life preserver to save her brother. Such a smart pup!

Throughout the course of the heart-pounding video, Jessie never gives up trying to save the smaller dog from the water. The video shows the whole rescue attempt from start to finish‚ as this very good girl works valiantly to pull her little buddy to safety as Chucky continues to tread water and search for a way out.

“It was so hard to see Chucky in the pool, even though he was right next to us [later on],” Thanarayen tells Daily Paws. “Knowing that he swam for so long was amazing to us and heart-wrenching.”

Thankfully, despite the harrowing experience, the Thanarayens say that both of the dogs are doing just fine. Whew!

The viral video has captured the attention of animal lovers around the world, all astounded at Jessie’s incredible heroics. The Boksburg SPCA where the Thanarayens adopted Jessie from honored the pup with an Animal Hero Award, and the family will receive a donation of a pool cover installation that will help give them peace of mind that their pups will be safe from any accidents like these in the future.

To show their gratitude, the Thanarayens say they plan to sell apparel to help raise funds for the Boksburg SPCA, the rescue agency where they’d adopted Jessie from five years ago.

“Jessie is our little hero! We adopted her from the Boksburg SPCA five years ago,” Thanarayen says. “It’s so amazing that she went from being rescued to being the rescuer.”

While the family is relieved that Jessie somehow knew what to do to get her fur sibling out of the pool, the Thanarayens hope that no pet parent will have to feel the shock they experienced, even though their story has a happy ending. Bodies of water—including enclosed pools like this one—require diligence and preparedness from pet parents in case of emergency. In addition to securing access to pool areas, the AKC recommends teaching your dog about pool safety, even if the pool is gated or covered. Showing your pup how to swim to and climb out of the steps can be a lifesaving task worth teaching, even if you always supervise your pup when they’re around water. Because not every pup is lucky enough to have a smart fur sibling like Jessie to come to their rescue in case of a wrong step!