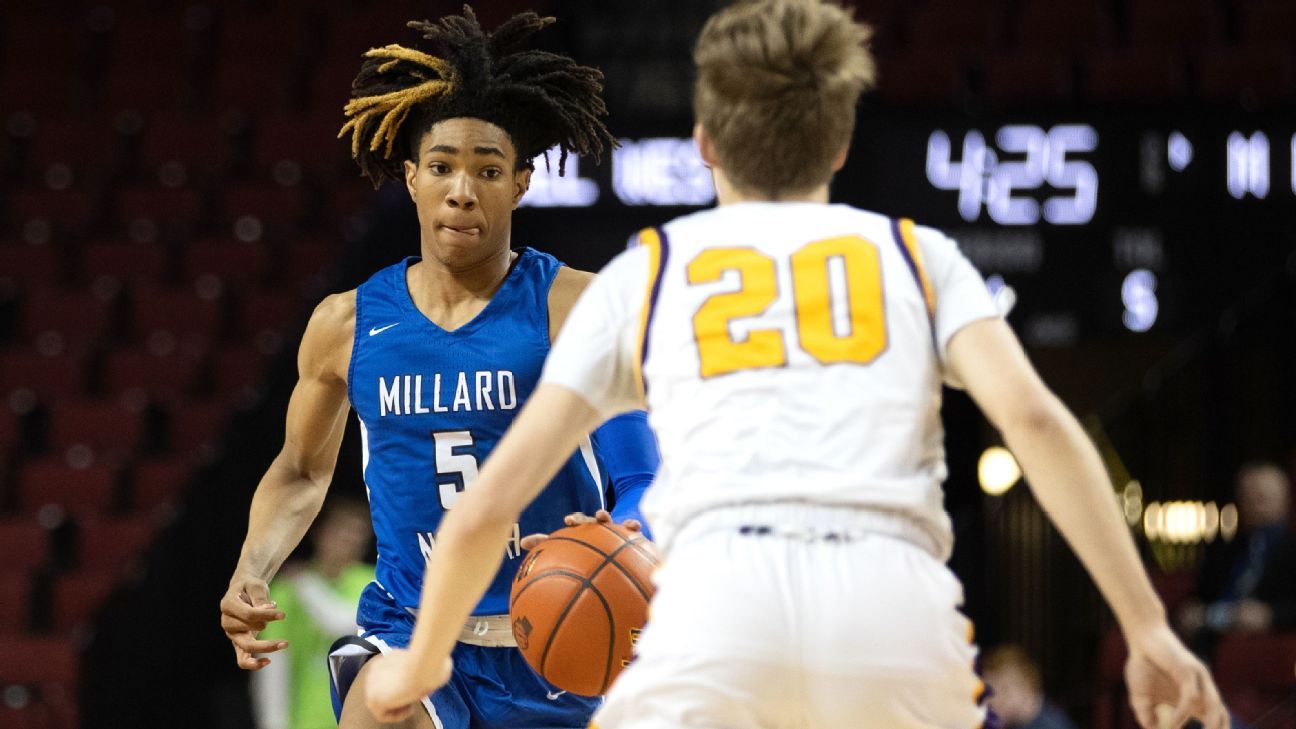 Hunter Sallis, No. 13 basketball recruit in ESPN 100 for 2021, commits to play for Gonzaga Bulldogs

Five-star guard Hunter Sallis, one of the best available basketball players in the Class of 2021, announced his commitment to Gonzaga on Friday morning.

The Zags were the heavy favorite down the stretch of Sallis’ recruitment, but his final eight also included Kentucky, North Carolina, Kansas, Oregon, UCLA, Creighton and Iowa State.

“I chose Gonzaga because they are a fast-paced offensive team that pushes the ball and that style fits me perfectly,” Sallis told ESPN. “I have a great relationship with head coach Mark Few, assistant Tommy Lloyd and the rest of the staff. Coach Few is a laid-back guy off the court but is fiery on the court. He never lets his players get too comfortable.”

A 6-foot-5 point guard from Millard North High School (Nebraska), Sallis is ranked No. 13 in the ESPN 100 and was selected to the McDonald’s All American Game. He’s the No. 3 point guard in the class and was one of the five best available players remaining.

Sallis has excellent size for the perimeter, with long limbs and a 6-10 wingspan. He is a high-end fast-break finisher who can find his way to the rim and produce. His pull-up jumper is another viable option for him to score. He is a threat as a driver, and his passing vision off penetration is evident as he can move the ball or make the assist. He plays from a triple-threat position with terrific footwork and effective dribble moves.

He’s a capable 3-point shooter, but he needs to become more of a shot-maker. Defensively, he plays with awareness and effort, which leads to him getting deflections and steals.

“Gonzaga has had great success over the years, and their guards have gone to the next level,” Sallis said. “That is my goal, and I trust Coach Few can help me get there. Back in January 2020, I went on an official visit and loved it. Spokane reminds me a lot of Omaha. Not much going except basketball and school. That’s the way I like it.”

Gonzaga, which is pushing to be the first undefeated team since Indiana in 1976, is already looking to reload for next season. The Zags will lose lottery picks Jalen Suggs and Corey Kispert, while Joel Ayayi is also ranked inside the top 60 of ESPN’s NBA draft rankings. Andrew Nembhard and Drew Timme could also consider their NBA draft options.

Few is bringing in ESPN 100 forward Kaden Perry, while fellow ESPN 100 forward Ben Gregg enrolled early and has played sparingly in 15 games so far this season. Gonzaga is also considered the favorite for No. 1-ranked prospect Chet Holmgren, and the Zags are expected to get involved with highly ranked transfers Walker Kessler (North Carolina) and Earl Timberlake (Miami).

‘I’m not going to make any controversy,’ Paire promises Nadal