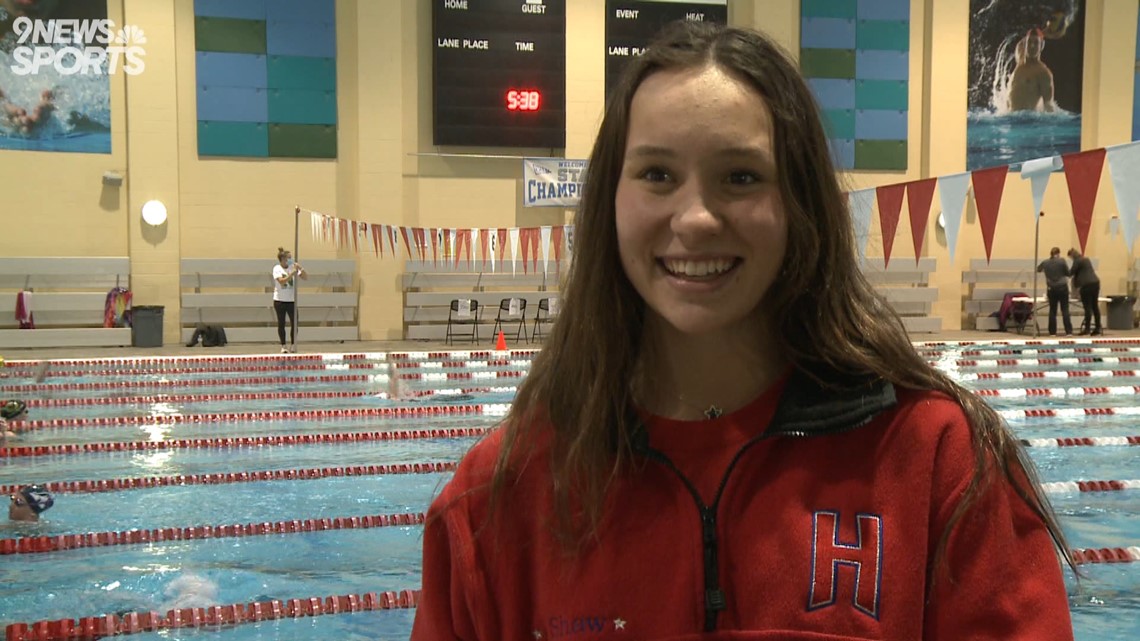 Shaw made history on Friday, beating the records of Franklin in the 50 freestyle and 100 freestyle. Franklin is a five-time Olympic gold medalist.

Shaw, a senior, broke two of Missy Franklin’s all-time Colorado high school records in the 50 freestyle and 100 freestyle. Franklin, a five-time Olympic gold medalist, had held the records since 2011 and 2012, respectively.

“I’ve loved Missy since I was probably 9 years old. Being from Colorado everyone knows Missy’s name. There’s something really special about beating Missy’s records… It was unexpected but obviously it was great.” Shaw told 9NEWS.

Shaw, who dressed up as Missy for Halloween when she was a kid, has now bested one of her idols, at least at this stage of her career.

“There’s just always some kind of momentum after swimming well that I like to kind of ride off of, so I would never say never,” Shaw said when asked if she has Olympic dreams of her own. “I’m excited to see where the next four years go competing at Stanford with great coaches that I’m excited to train under.”

Shaw finished her high school career with four state titles on Friday (two individual and two relays) and led the Eagles to a dominating win over the field. They finished with 495.5 points, well ahead of second place Mullen with 322 points. Niwot finished in third with 307 points.

>> Watch the extended highlights above and see more on the 9NEWS Prep Rally with Scotty Gange on Saturday morning!