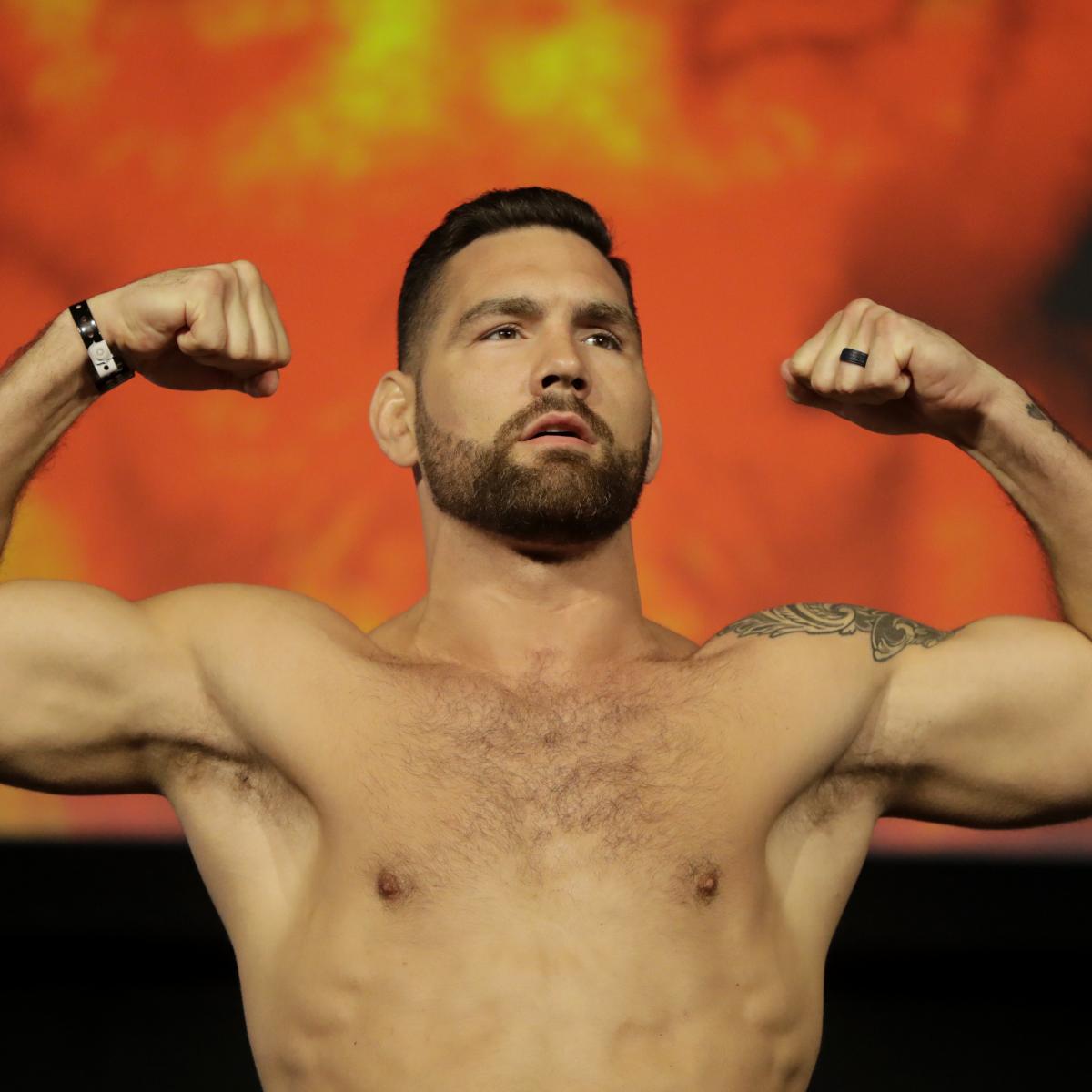 UFC fighter Chris Weidman provided details of what he went through after recently being diagnosed with COVID-19.

Weidman also noted that he “lost 12 pounds” because he couldn’t eat properly:

“For about three days I had a fever, body aches, bad headache, and it just kind of sucked. And, then after that, I just kind of felt tired. … I also lost 12 pounds. I was eating soups and stuff. My appetite wasn’t that great and I ended up losing 12 pounds throughout the process. Which, I was like, wow, my weight cut is not gonna be as bad, I really got my weight low.”

Weidman was scheduled to fight Uriah Hall at UFC 258 on Feb. 13, but ESPN’s Ariel Helwani reported the bout was removed from the card because of Weidman’s positive coronavirus test.

Helwani noted the promotion is hoping to reschedule the fight for April 24 at UFC 261.

Weidman is best known for ending Anderson Silva’s 17-fight winning streak at UFC 162 in July 2013 to win the middleweight championship. He has lost five of his last seven fights since starting his career 13-0.

Swimming lesson safety during the pandemic