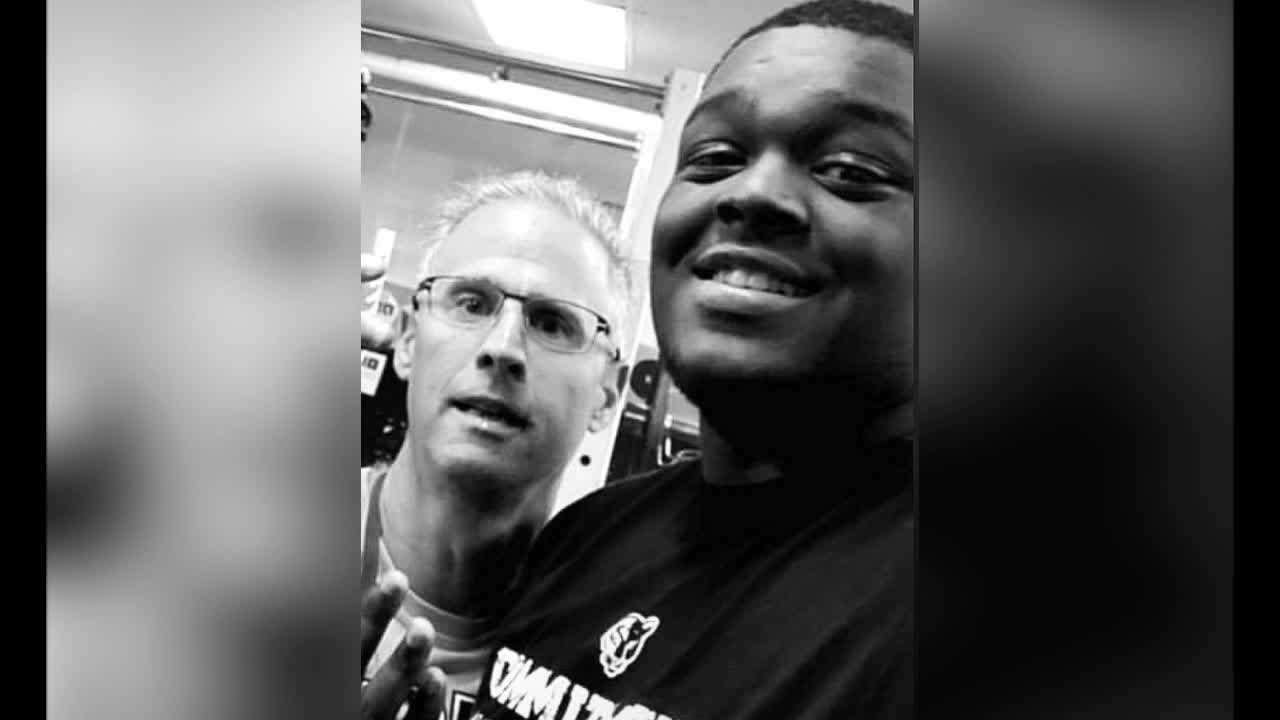 EUCLID, Ohio (WJW) — It was difficult for Jeff Rotsky to contain his emotions as he talked about his former player 18-year-old Herman Taylor, a Euclid High School football player, who died following a one car crash early Saturday.

Third stimulus checks: Haven’t received $1,400 payment yet? Here is when you might…

“Herman was a gift from God,” Rotsky said Monday. “Herman had such a unique, kind and humble demeanor. He was the best big brother. His little brother was with him at every practice. Herman was an amazing person.”

Police continue to investigate the one-car fatal crash that claimed the life of Taylor, who was driving, and injured his two passengers, Jayvon Colvin, 19, and Savion Jones, 18. Colvin and Jones, are also football players and seniors at the high school.

The crash happened around 4:12 a.m. Saturday on Euclid Avenue near the Dille Road intersection. Police say excessive speed appears to be a contributing factor in the crash.

Police say the crash happened after the vehicle left the roadway, struck a traffic signal box, flipped over, and caught fire. At this time, it is not believed that any other vehicles played a role in the cause of the accident.

“This is such a tragic event for the whole school community right now,” said Euclid Officer Steve Shubert, who works at the high school.  “Herman had  a bright future. Herman, Jayvon, and Savion are all great people.”

Both Colvin and Jones had serious injuries and were taken to the hospital. Jones was released and is now recovering at home.

“Despite the lethal danger of the burning vehicle, they pulled Colvin and Jones to safety,” Houser said.  “Were it not for their bravery and quick thinking, Colvin and Jones could easily have died in the fire. They are to be commended them for their exceptional selflessness, bravery, and compassion.”

One of the men who helped spoke to the I-Team.  He asked that only his first name, Shon, be used.  He said he wanted the families to know that they tried to get everyone out of the vehicle.

“I hopped out of my car and kicked the back window and I pulled the two guys out ,” Shon said. He said another man stopped to help, too.

“It went up in flames as the fire department was pulling up,” he added.  He said he wished he could have done more.

Euclid School officials say they will have grief counselors available for students and staff who are grieving.

Syracuse basketball fans turn out in Indy, chant for Buddy and defense. ‘Oh my God, it was amazing.’

The Latest: Appleby cleared to play for Florida | Sports