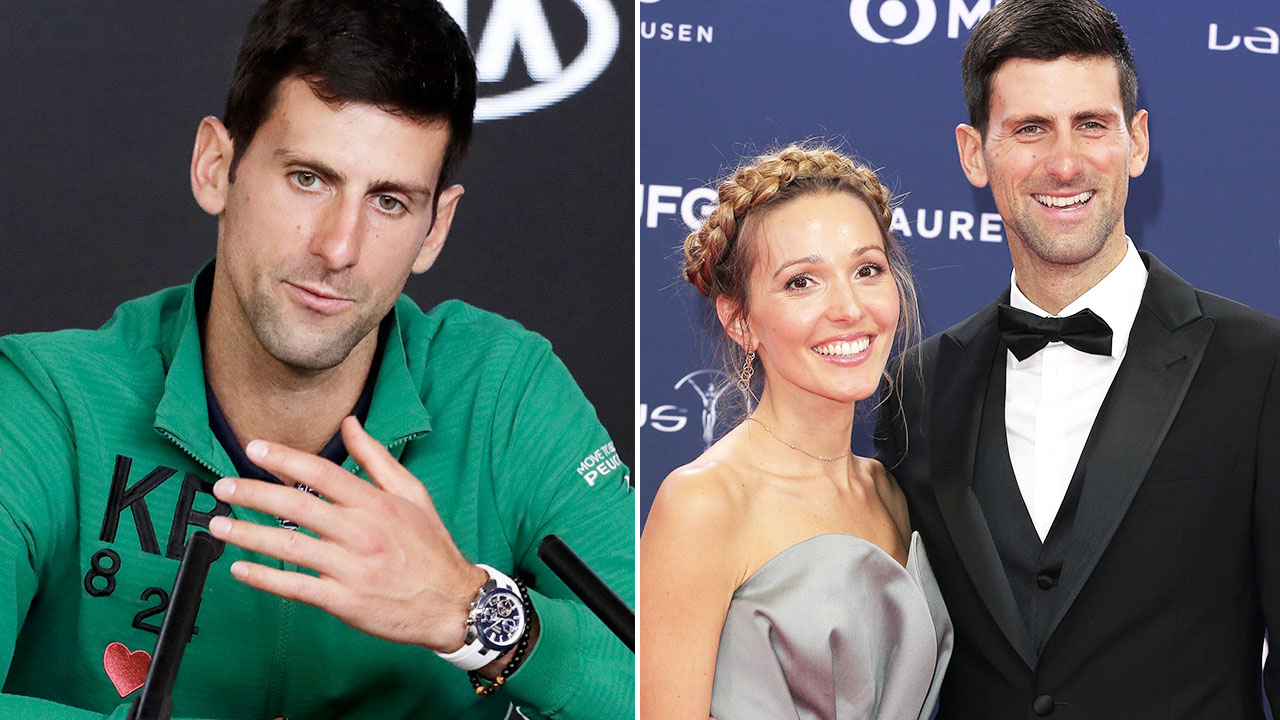 Novak Djokovic has made the shock decision to withdraw from the Miami Open, joining Roger Federer and Rafael Nadal in missing the first Masters 1000 event of the year.

The World No.1 will delay his comeback to the ATP Tour following a muscle injury he suffered at the Australian Open, saying he wants to spend more time with his family.

‘NOT MY PRIORITY’: Fresh outrage over ‘pathetic’ Benoit Paire

Djokovic sustained a muscle tear that hindered him during his successful title defence at Melbourne Park last month, and the 33-year-old had planned to return a Miami before playing the Monte-Carlo Masters and the ATP 250 Serbia Open.

However Djokovic announced his shock withdrawal on Friday, also citing coronavirus restrictions as a further reason.

“Dear fans, I’m very sorry to announce that this year I won’t travel to Miami to compete,” Djokovic tweeted on Friday.

“I decided to use this precious time at home to stay with my family.

“With all restrictions, I need to find balance in my time on tour and at home. I look forward to coming back next year.”

The Miami Open begins on Tuesday, with only 750 fans allowed on the grounds per session.

Nadal has also decided to skip the March 22-April 4 event to recover from a back injury, while Federer will not be present as he works his way back to full fitness after two knee operations in the past 12 months.

“This has been a difficult year for everyone,” Miami Open tournament director James Blake said in a statement.

“But especially for players with families.”

The Serb is in his 312th career week at World No.1 and recently broke Federer’s record of 310 total weeks in the top spot.

Fans were left gutted by his shock announcement.

Darn, was looking forward to seeing you in Miami. Florida has limited restrictions compared to other states? But good luck and family time is important!

Oh Nole. We understand, but we were counting on you to save that tournament especially once your fellow goats and Thiem pulled out. It’s now the equivalent of an ATP 250 event. It’s all good though. You’ve done more than most at these events and deserve a break.

You will be so missed, but I am sure you are making a wise decision Nole and you alone know your best scenario.Treasure those moments with your family and come back all the stronger. Much love and respect to you and yours always ❤️

Commendable decision. We’ll miss you, but totally understand where you’re coming from. Enjoy the time with your family. Nothing beats that. We’ll see you on the clay.

Glad that you have changed your mind.

As much as I wanted to see you in Miami, I was actually surprised that you had decided to come. The rationale was clear but it was only a sufficient condition, not a necessary condition.

See you in Monte-Carlo! Be at your best!

On Tuesday, Nadal also pulled out of the Miami Open because of the bad back that bothered him during the Australian Open.

“Sad to announce that I won’t be playing in Miami, a city that I love,” Nadal wrote on Twitter on Tuesday.

“I need to fully recover and get ready for the clay court season in Europe.”

The 20-time grand slam champion earlier withdrew from this month’s tournament at Rotterdam, before also declining a wildcard to play in Dubai.

Nadal was first troubled by the back issue at the ATP Cup in the lead-up to the Australian Open.

He missed all of Spain’s ties in the ATP Cup before reaching the quarter-finals of the Melbourne Park grand slam, where he lost to Stefanos Tsitsipas.

Federer made his competitive return to tennis in Doha last week, however he won’t travel to the United States later this month.

“After Doha and maybe Dubai, (Federer) will go back and do a training block to continue to slowly work his way back out on tour,” the 39-year-old’s agent Tony Godsick said.

Kirby Smart evaluating ‘character and demeanor’
We use cookies on our website to give you the most relevant experience by remembering your preferences and repeat visits. By clicking “Accept”, you consent to the use of ALL the cookies.
Cookie settingsACCEPT
Manage consent