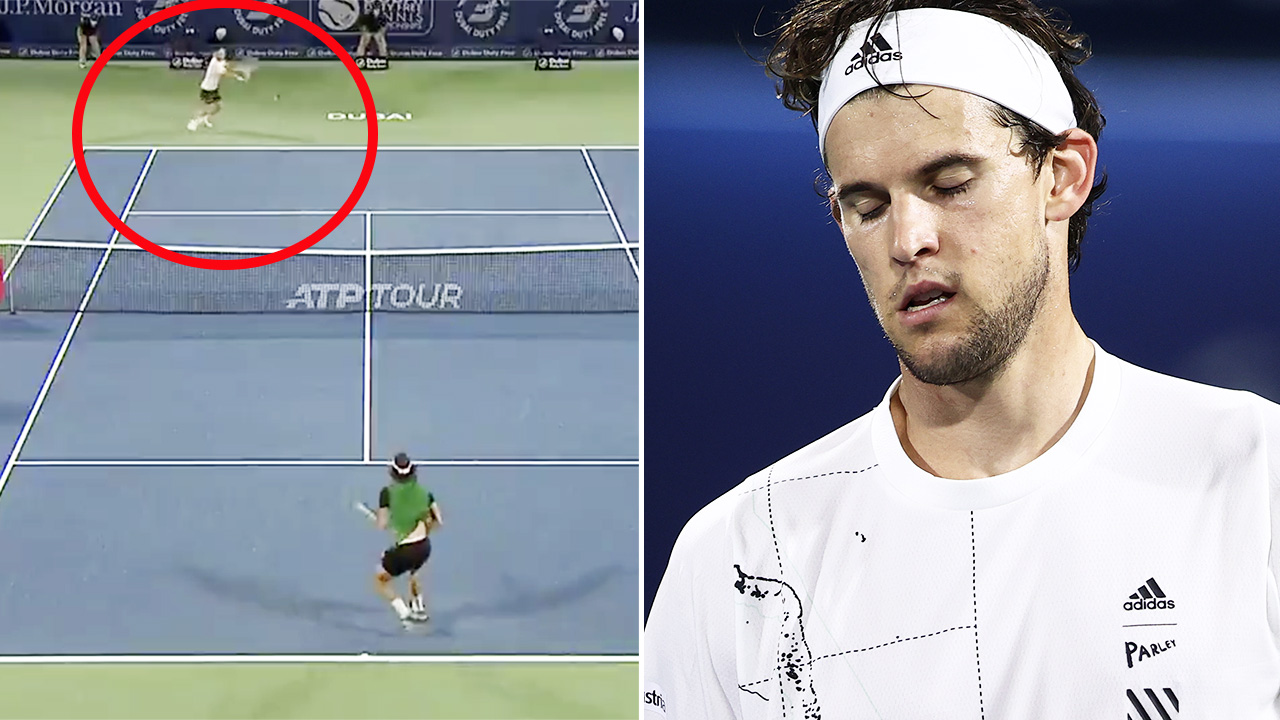 “Troubles returning his serve, also way too many easy mistakes from my side from the baseline,” Thiem said.

“I said a couple of days ago that if I am not playing at my best level, it is not enough against all of the players in the draw.”

After breaking midway through the opening set, Harris then crucially broke the Thiem serve in the seventh game of the second before going on to complete the biggest win over his career.

“I’m super, super happy with that win… Just the fact that I am playing good tennis, match in, match out now is giving me a lot of confidence,” Harris said in an on-court interview.

The world No.81 will meet Filip Krajinovic in the last 16 after the Serbian 14th seed beat Alejandro Davidovich Fokina 7-5 6-4.

Anyone watch Thiem’s match? What’s wrong with him? Can’t believe RG 21 is going to be another cakewalk for Rafa.

What is happening with Thiem??? How did he lose again early…..dude gotta sort this out if he’s gonna be competitive on Clay. I mean, clay is a different beast for him.

Domi in a slump. His style of play is not kind to his body. We might be looking at another Nishikori.

Australian players crash out as well

Meanwhile, Australia’s hopes at the tournament were ended when Alexei Popyrin and Matthew Ebden were both eliminated in the second round.

Ebden retired less than half an hour into his match with Spanish fourth seed Roberto Bautista Agut while 4-1.

It comes days after Ebden retired injured due to a leg injury in the semi-finals of the Open 13 tournament in Marseille against Daniil Medvedev.

World No.8 Rublev tied Andy Murray for the second-longest winning streak at the tournament level and is now only behind only Roger Federer (28) as the Russian ace chases his fifth consecutive ATP 500 title.

“There is no secret (to my streak). It just happened… I was not focused on this,” Rublev said.

“I am really happy that I achieved something that Andy did, because it is not easy.’

Others to advance to the last 16 include Canadian third seed Denis Shapovalov, Australian Open semi-finalist Aslan Karatsev and Japanese veteran Kei Nishikori, who accounted for world No.13 David Goffin.