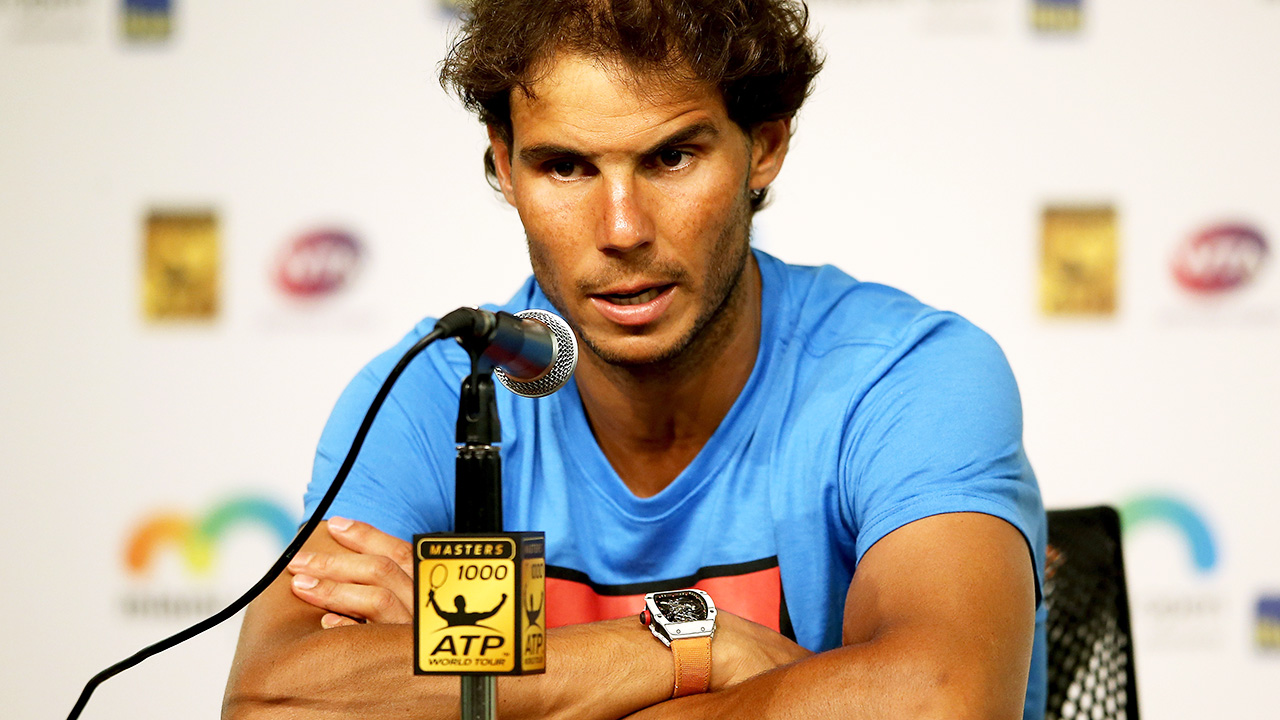 Rafael Nadal has stunned fans by announcing his withdrawal from the upcoming Miami Open.

The 20-time grand slam champion has pulled out of the Masters 1000 event because of the back issue that has bothered him since before the Australian Open.

“Sad to announce that I won’t be playing in Miami, a city that I love,” Nadal wrote on Twitter on Tuesday.

“I need to fully recover and get ready for the clay court season in Europe.

“Special message to my fans in the US and in particular to the great Spanish speaking community FL who always give me great support!”

Nadal was first troubled by the back issue at the ATP Cup in the lead-up to the Australian Open.

He missed all of Spain’s ties in the ATP Cup before reaching the quarter-finals of the Melbourne Park grand slam.

The Spanish champion has since withdrawn from events in Rotterdam and Dubai, choosing to prepare for the clay-court season instead.

Nadal will be seeking a fifth-consecutive French Open title and 14th career crown on the red clay of Roland Garros starting in May.

Despite being beloved by Miami supporters, the Masters title in South Florida is among the few to elude Nadal, who has lost the final there five times.

Get well soon, we can’t have both you and Federer off courts at the same time..,

So sad Rafa..
I’m from Paris and i love you so much ❤️❤️
ROLAND – GARROS IS YOUR KINGDOM ENDLESSLY 🏆
VAMOSSS ❤️❤️❤️ pic.twitter.com/tSSJtSdYNg

Sad indeed. But strategically, it makes total sense. Skip Doble sunshine (since not playing nearby Acapulco anyway) and focus on clay.

Rest in fall, show up at Finals, try it out – but keep focusing on AO. pic.twitter.com/3eWoah3b4q

The first thing is your health and your well-being, Rafa.
We want you whole and fit to fight for everything.
We miss you a lot, but we will wait for you whatever it takes.
Come on Rafaaaaa !!!
❤️❤️❤️❤️❤️❤️❤️

Meanwhile, three-time grand slam champion and former World No.1 Andy Murray is among five players handed a wildcard into the main draw of next week’s Miami Open.

Murray, who skipped this week’s Dubai Tennis Championships after becoming a father for the fourth time with wife Kim Sears, returns to the Miami Open field for the first time since 2016.

The two-time Wimbledon and Olympic champion, who is on the comeback trail after hip surgery two years ago, won the Miami Open in 2009 and 2013 and reached the final of the event in 2012 and 2015.

“It is exciting to see Andy back in Miami,” said Miami Open tournament director James Blake.

“As someone who has had to battle back from injury during his career, I understand and respect all the hard work Andy has put in to get back on tour.”

Murray is joined in the main draw by Spain’s Carlos Alcaraz, Michael Mmoh of the United States, Hugo Gaston of France and Britain’s Jack Draper.

Clijsters, who underwent a knee operation in October and then contracted Covid-19 in January, said she withdrew because of concerns over fitness.

“Unfortunately, I am not where I need to be especially if I want to compete with the best,” she said. “It’s disappointing and frustrating.”

How Fast Will Katie Ledecky Swim at Olympic Trials?