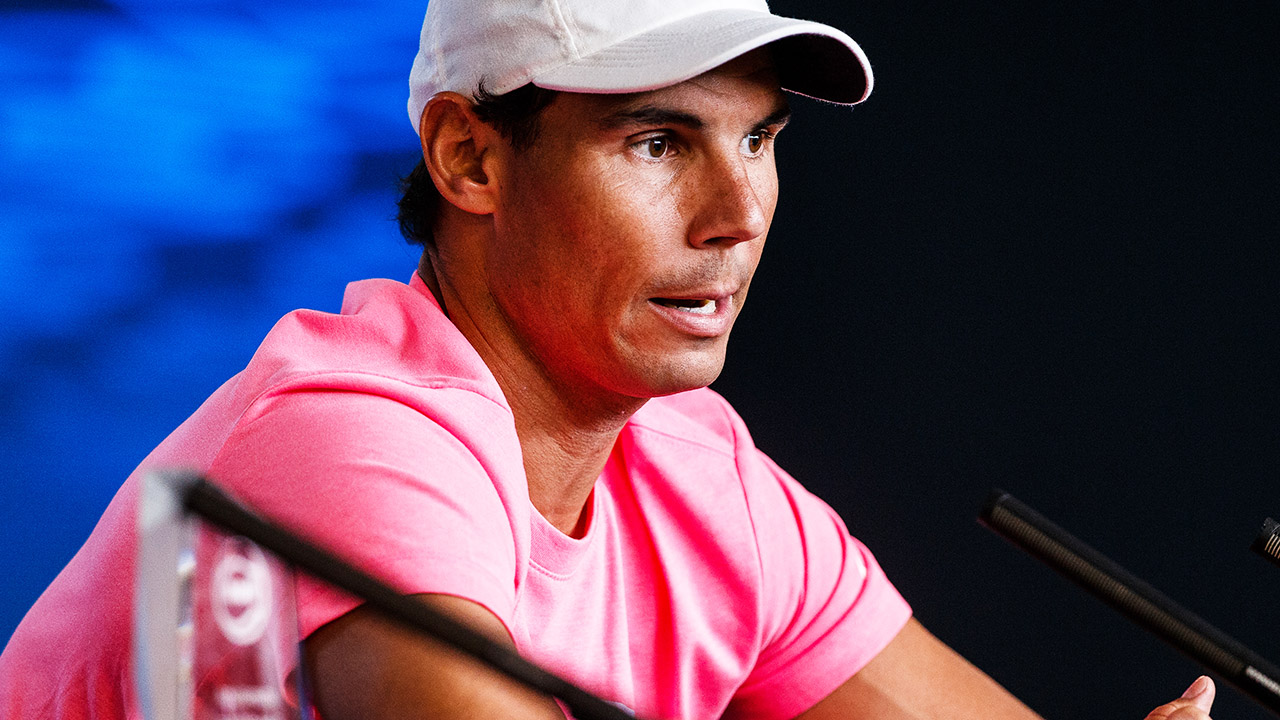 Tennis fans hoping to see Rafael Nadal back in action sooner rather than later were left gutted on Thursday when the Spanish champion announced he will not be taking part in next week’s ATP 500 event in Dubai.

The 20-time grand slam winner has been struggling with a back injury since before the Australian Open and said he still hasn’t fully recovered.

The World No.2 skipped Spain’s ATP Cup ties in the lead-up to the year’s first grand slam, but still managed to reach the quarter-finals at Melbourne Park.

He did so without dropping a set before eventually losing to Stefanos Tsitsipas in a titanic five-set battle.

The 34-year-old hasn’t played since that defeat and was awarded a wildcard to compete at the March 14-20 tournament in Dubai.

However he announced on Thursday that he will not be able to accept it.

“I would like to thank the @DDFTennis for the wild card invitation sent to me,” Nadal said on Twitter.

“We seriously thought about coming to play, but I don’t think I am ready to play yet.

“And… special thanks to Tournament Director Salah Talak since I am aware of his efforts to ensure a smooth arrival to play Dubai during this unprecedented Coronavirus pandemic and difficult times for all.”

Fans expressed their sadness at the news and hoped Nadal recovered sooner rather than later.

# I feel sad to read Nadal’s not fully recovered from his back pain & wud skip DFD Open. He’s entered for Miami Masters but i’ve doubts he’d be able to play there. No use playing at Masters if not fully fit. Monte Carlo must be on Nadal’s mind to begin playing again. Big setback

Miss you Rafa, but take your time to be completely fit, stay safe king❤.

Here’s hoping you’ll feel a lot better, fit and ready to compete again very soon @RafaelNadal 🙏 We miss watching you compete but your health and well-being are far more important.🙏👊💪

Since the Australian Open Nadal has also withdrawn from events in Rotterdam and Acapulco.

The Spanish champion is set to be usurped in the rankings by Russia’s Daniil Medvedev.

Meanwhile, Roger Federer earned a match point but ended up losing in the quarter-finals of his comeback tournament at the Qatar Open as Georgia’s Nikoloz Basilashvili prevailed against the weary-looking Swiss 3-6 6-1 7-5.

In the second match of his return after 14 months out and two knee surgeries, Federer impressed in the first set on Thursday but then struggled to move as freely.

But the 20-time grand slam champion still had the chance to progress when he earned a break point in the decisive set while leading 5-4 – only for Basilashvili to survive, immediately take the crucial break himself and convert his third match point.

After winning in one hour and 50 minutes, Basilashvili, the World No.42, was left enthusing: “It is unbelievable because he is one of the greatest of all-time.

“To play him means so much to me. I’m very happy he came back to play, and to win against him is a dream come true.

“He was always my idol, and I am sure he is to many tennis players and fans, so I am unbelievably happy.”