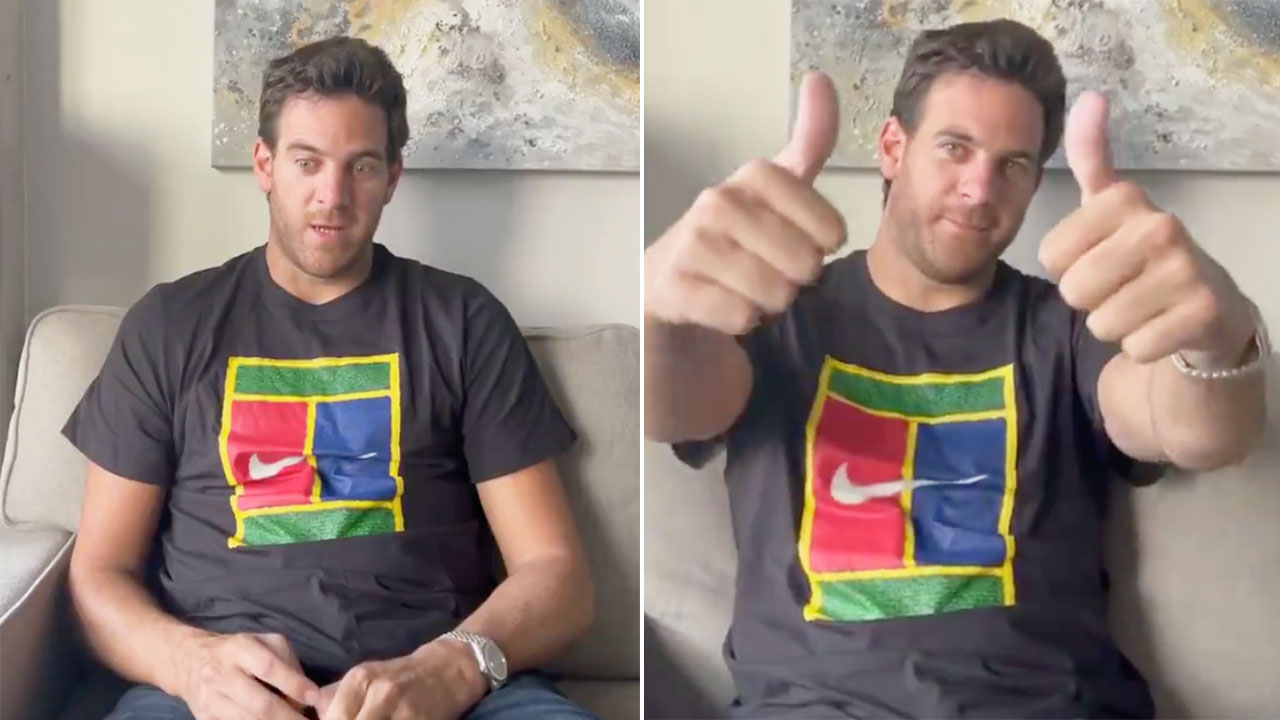 Juan Martin del Potro has shared the devastating news to tennis fans that he will have to undergo a fourth knee operation in the hopes of being fit for the Tokyo Olympic Games.

The popular Argentinian has been blighted by injuries throughout his career, with his latest setback representing the eighth different time he will have undergone surgery since winning his one and only grand slam at the 2009 US Open.

WOW: Model claims she was offered $90,000 to seduce Novak Djokovic

The 32-year-old winner of 22 ATP titles, has not played since June 2019 after fracturing his kneecap at the Queen’s Club Championships in London.

However, in an emotional video message that he posted on social media, Del Potro confirmed he would be having a knee operation as soon as possible, with hopes of being able to recover in time for the Olympics – beginning in mid-July.

Del Potro won a bronze medal at the 2012 Olympics and silver four years later in Rio.

He confirmed that he would undergo surgery in Chicago on Tuesday.

“I’ve been consulting Dr. Jorge Chahla and the news is that tomorrow I’ll undergo another surgery on my knee,” del Potro said.

“We’ve tried conservative therapy but the pain is still there. (Dr Chahla) knows I want to play tennis again and be able to play the Olympics, so we agreed that surgery should be done as soon as possible.

“I hope I can overcome this painful situation. I won’t stop trying.”

Del Potro has undergone three operations to his knee since his injury at Queen’s, with procedures done in June 2019, January 2020 and August 2020.

The Olympics – postponed for one year after the pandemic – get under way in Tokyo on July 23, with the tennis tournament beginning the following day.

Fans have been left shattered by del Porto’s latest setback, with the Argentinian receiving an outpouring of support on social media.

Not only insane, but a shame for tennis as well 😔. Delpo had all chances to fight for the slams along the big 4.

Oh man this is sad. I was counting the days before we could see him again. The only silver lining is that in tennis terms his body is still young due to the amount of time he as missed.

even more unlucky than Andy Murray (Andy at least managed to make the most of his healthy time).

8th or so surgery since his first slam. 4th on the knee.
The last ten years in male tennis could have looked very different if Del Potro stayed fit. Big shame.

I like Del Potro as much as everyone else, and what a shame his career was cut out by injuries. He could have been a real contenter for Nadal and Djokovic.
But how old is he now? How many surgeries? Maybe it’s time to acknowledge it’s over..