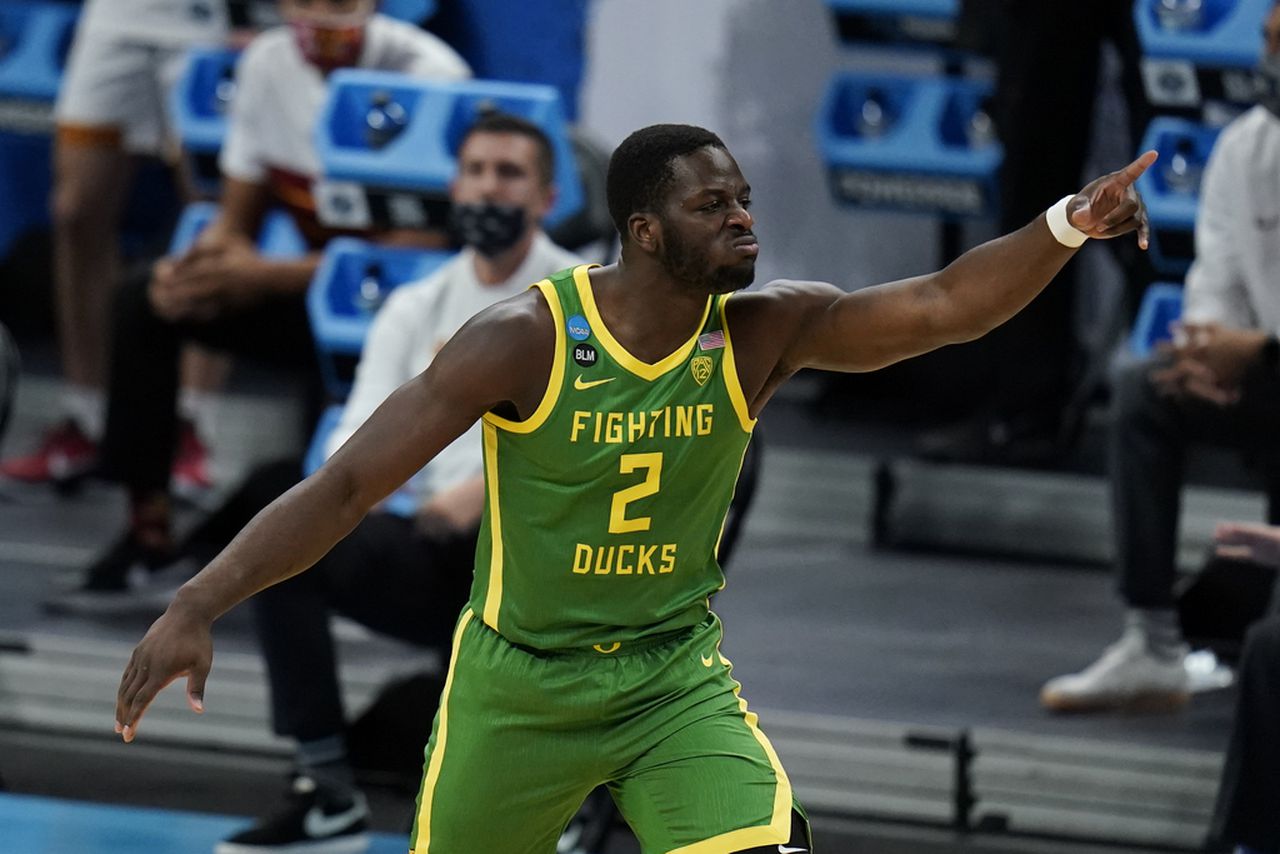 INDIANAPOLIS — Eugene Omoruyi’s college career ended with a double-double in the Sweet 16.

The senior forward led No. 7 seed Oregon with 28 points and 10 rebounds in an 82-68 loss to No. 6 seed USC Sunday night at Bankers Life Fieldhouse. It was the fourth double-double of the season and 11th in 121 career games for Omoruyi, who confirmed after the game that he was moving on to begin a professional career.

“The goal is to just go home,” Omoruyi said. “My family is here. Go home with them and just take a week off and just get back in the lab and get ready for the next level.”

Omoruyi, who spent three years at Rutgers, averaged 17.1 points, 5.4 rebounds and 2.3 assists and shot 47.3% from the field while starting all 28 games for Oregon this season. The coaches’ first team all-Pac-12 honoree also dramatically improved his perimeter shooting to 37.6% and set new career highs in almost every statistic other than rebounds per game.

Oregon coach Dana Altman said Omoruyi and Chris Duarte are both moving on, and though he didn’t mention LJ Figueroa and Amauri Hardy by name, they too are not expected to return and utilize the additional year of eligibility granted by the NCAA.

“(Omoruyi) is a graduate,” Altman said. “He’s older, because he sat out last year and had the surgery. He’ll move on. Chris is going to get drafted. I think he should go in the first round. So he’ll move on.

“I’ll talk to the rest of the guys. Right now the portal is going nuts and everybody’s looking for something. I’ll have individual conversations with everybody. I’ll tell them to take a week or two and think about what direction everybody wants to go.”