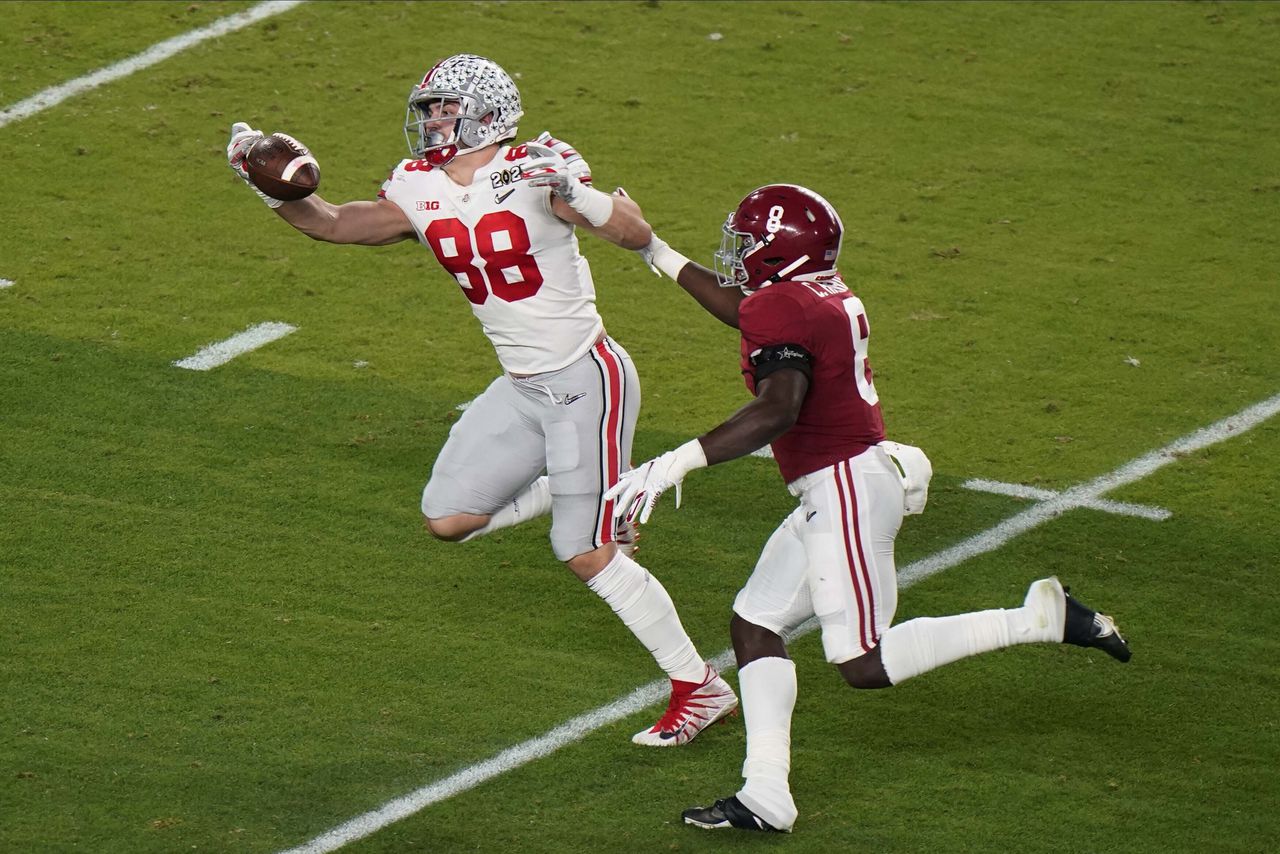 COLUMBUS, Ohio — Who are Ohio State’s best players? With spring football practice nearly done, and the spring game coming Saturday, we have a better idea of that. So we ranked the Buckeyes. Actually, we drafted them to rank them.

This should be something we do several times a year now, at every point where we gather new information. The idea was to rank the best players on a mix of production, potential and health, a bit like how recruits are ranked. No positional worries, no limits on age or experience, just best … while taking into account how experience influences that. We’ll plan to do this again after preseason camp in August, just before the season starts, and that will let us know who rose up during camp and who fell back. But this is the baseline, the first ranking of the 51 best Buckeyes.

Nathan Baird, Stephen Means and I did it on the big Wednesday Buckeye Talk. If you want to be surprised, just listen and don’t read the list. If you want our top 51 right now, it’s below the pod player. Maybe you can read and then listen to the reasoning later. Or if you just want names, we’ve got them.

We did this as a draft, with me picking first, followed by Nathan, then Stephen, and continuing through 17 rounds. Here’s how the draft went for our best 51 Buckeyes.

If you’ve never listened to Buckeye Talk, try it now. And subscribe to Buckeye Talk on any of these podcast platforms or wherever you listen to podcasts.

New Ohio State face masks for sale: Here’s where you can buy Ohio State-themed face coverings for coronavirus protection. A 3-pack is available on Fanatics for $29.99.

Will Trey Sermon pick up in the NFL where he left off for Ohio State?

C.J. Hicks is the five-star recruit who’s still not satisfied

Marcus Hooker pleads guilty to operating a vehicle while impaired

Which prospects stood out at the Ohio Under Armour All-America Camp?

Eddie George to be head coach at Tennessee State

It Doesn’t Take Genius to Understand Basketball. But It Helps.