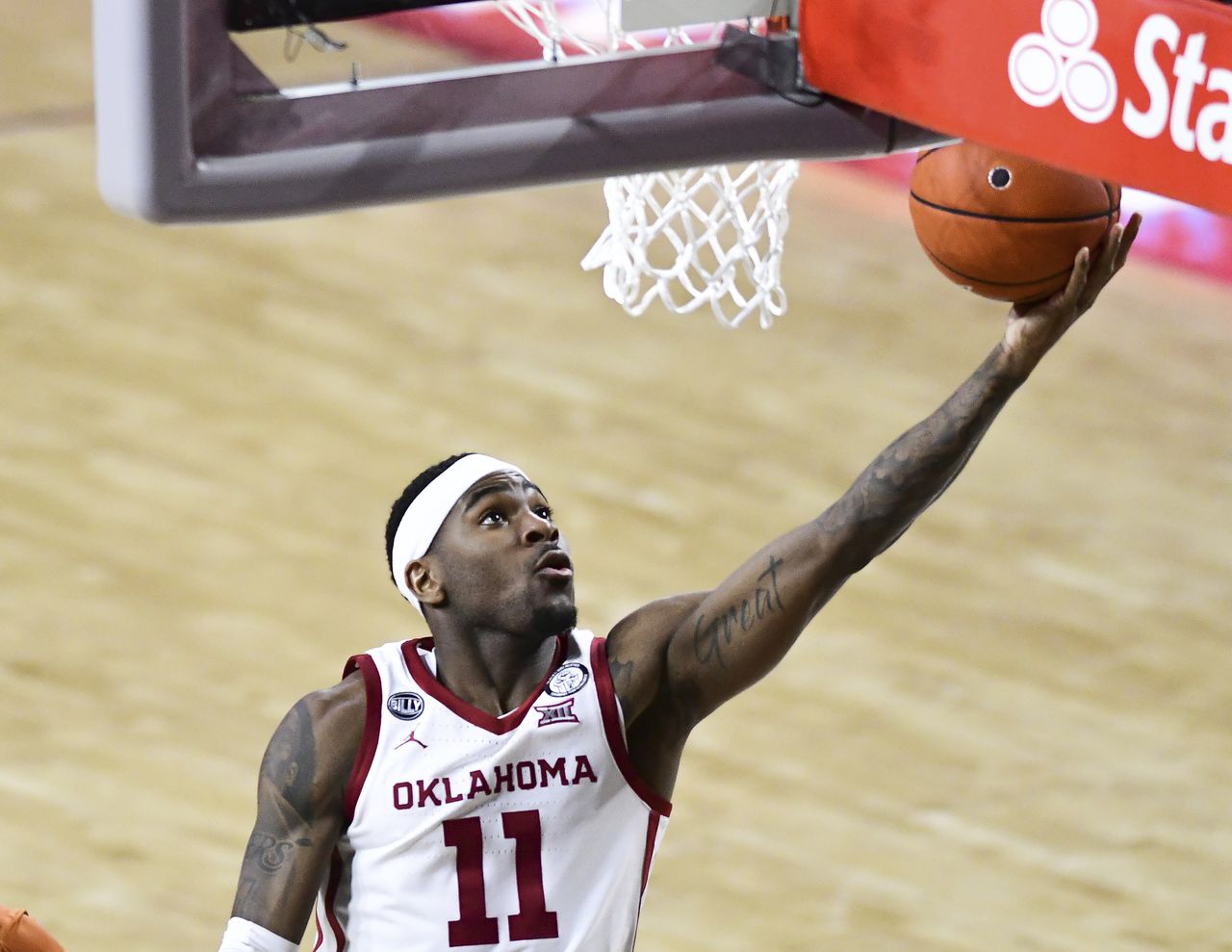 During his tenure as Oregon Ducks head coach Dana Altman has built the reputation of a man willing to piece together a roster through various channels – traditional high school signees, junior college prospects and the NCAA transfer portal – to create a Pac-12 Conference contender year in, year out.

So much so that CBS Sports college basketball insider Jon Rothstein has a saying about Altman – and there’s even a shirt.

“His name is Dana Altman and he aligns Rubik’s cubes.”

Altman will get yet another chance to prove that moniker correct season, as he added a major college basketball transfer piece to the puzzle Friday evening.

Oklahoma sophomore guard De’Vion Harmon, who was one of the nation’s top transfers, committed to Oregon over offers and interest from Gonzaga, Kansas, Kentucky, Oklahoma, Texas and others:

“It’s in the Pac 12 and it’s a great school,” Harmon told 247Sports. “Coach Altman is a great coach. He’s known for letting his players go out there and hoop and have fun and learn ways to win. Another big piece is Coach ‘Crutch’ [Oregon assistant coach Chris Crutchfield]. We built a relationship far beyond basketball. Ever since my sophomore year he has been by my side and it got taken away from us because he went to Arkansas but God brings things back full circle which is crazy. He’s like a father figure to me outside the basketball game.”

He has three years of eligibility remaining, but is still considering a possible jump to the professional ranks.

Like junior point guard Will Richardson and redshirt junior guard/forward Eric Williams Jr., however, he is likely to return to the college level to continue his development.

Oregon’s roster next year is sure to look vastly different from last season’s Sweet 16 team.

Despite the turnover, Oregon will likely enter the season with high expectations.

Richardson and Harmon would give the Ducks one of the nation’s best backcourts, while former five-center N’Faly Dante is set to return alongside elite freshman Franck Kepnang, a top-30 national recruit who enrolled mid-season last year.

That quartet will also receive a boost from five-star center and McDonald’s All-American selection Nathan Bittle, the nation’s No. 9 overall prospect and the highest-rated in-state signee in program history.

And there’s still potentially more help on the way.

Regardless of what comes next, Oregon suddenly has compiled what is likely to be one of the best backcourts in college basketball next season to go along with a pair of five-star centers (Dante, Bittle), another top-25 overall prospect (Kepnang) and a possible future pro at the wing (Williams Jr.).