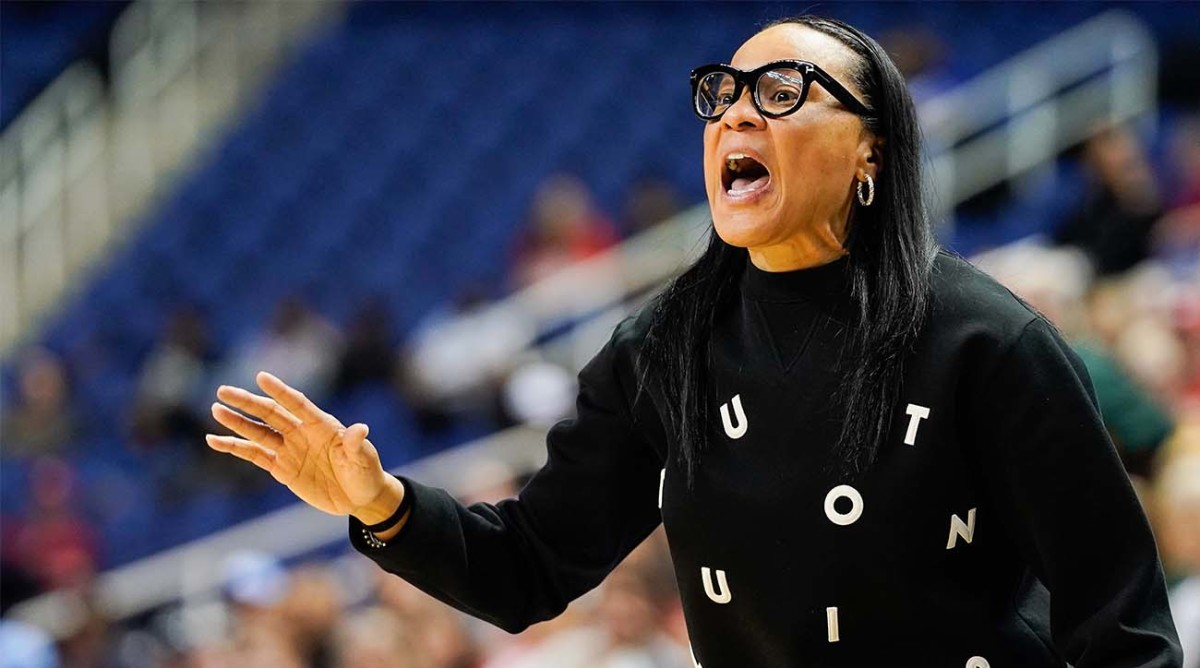 Staley said the issue goes beyond adequate training equipment and swag bags for teams participating in the tournament.

“How can an organization that claims to care about ALL member institutions’ student athlete experiences have a copyrighted term that only “represents” one gender.”

“They (NCAA) did not think or do not think that women’s players deserve the amenities of the men,” Staley said. “We cannot as leaders of young women allow Mark Emmert and his team to use and our student athletes at their convenience.

“All teams here dealt with the same issues as the men’s teams this season; yet their reward is different. It is sad that the headlines for the women’s tournaments have turned to disparities and nightly meetings about how to try to fix what should not need to be fixed.”

Earlier on Friday, the NCAA’s Committee on Women’s Athletics sent president Mark Emmert a letter, asking the league to investigate the unequal accommodations.

The letter, sent by committee chair Suzette McQueen, addressed the issues that the women’s teams are facing. In response to public complaints from several team’s performance coaches and WNBA players about the accommodations, an NCAA representative told The Washington Post‘s Molly Hensley-Clancy on Thursday that it didn’t think there would be enough space for full weight rooms because the convention center hosting the women’s tournament is smaller.

According to The Athletic‘s Chantel Jennings, teams that advance to the Sweet 16 will have access to more workout equipment. However, it will still be less than what the men’s teams have in their weight room.

Staley said it is time for the NCAA to take ownership of the problem.

“We need Mark Emmert and his team to own the mistake and address these issues and the overarching issues that exist in our sport,” Staley said. “Women’s basketball is a popular sport whose stock and presence continues to rise on a global level.”