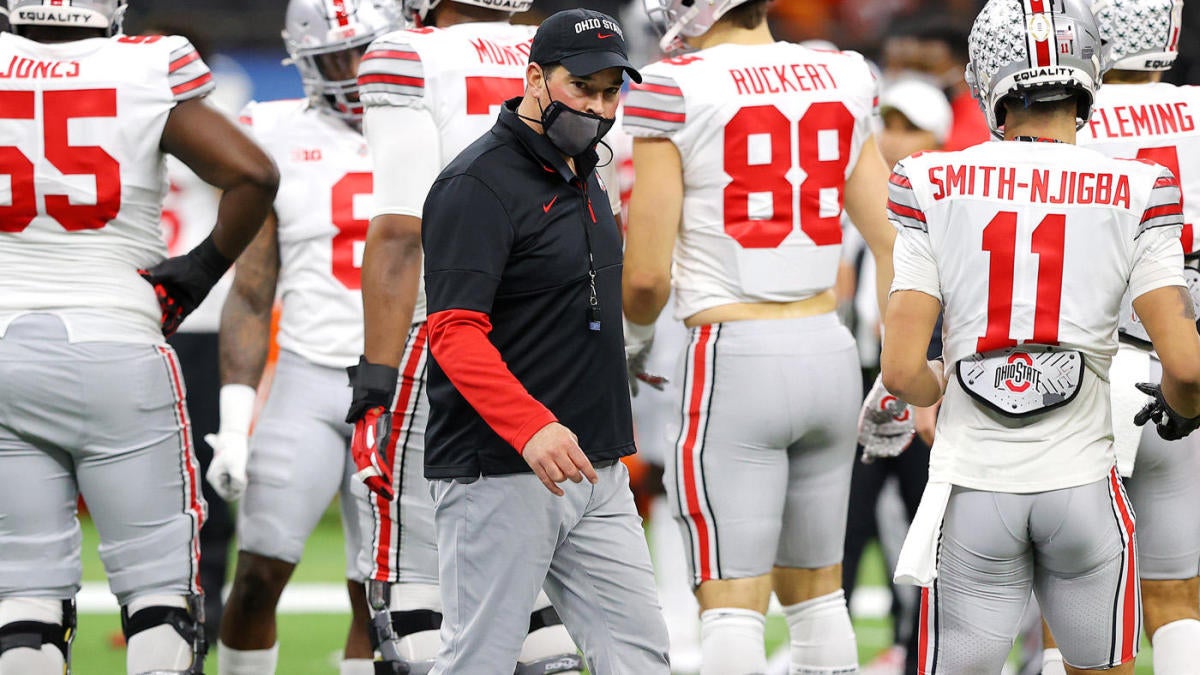 Saturday marks one of the busiest spring game days ahead of the 2021 college football season. So many SEC teams are in action, and Barrett Sallee has a whole primer prepared just on those seven storylines to watch. But the likes of Alabama and Georgia aren’t the only College Football Playoff hopefuls who will be concluding their spring workouts with a public display of what’s in store for the fall. Ohio State, USC and Miami are all among the top teams in action with a spring game to keep tabs on on Saturday.

Let’s have a look at some of the more prevalent storylines to watch on Saturday during the spring games as other notable teams across the nation take the field for their scrimmages. All start times Eastern.

Tom Fornelli already has you covered with a whole FAQ on the Ohio State quarterbacks ahead of Saturday’s spring game, so let me advance the conversation a little bit. We will debate and wonder whether C.J. Stroud, Jack Miller or Kyle McCord is the better option at quarterback, but given the talent of all three and what the Buckeyes have on the outside at wide receiver, I don’t think there is a bad option. Miller started 2020 as the No. 2 to Justin Fields, then Stroud, who was the No. 3 quarterback in his class behind DJ Uiagalelei and Bryce Young, seemed to take that role by the end of the season. McCord was more highly-rated as a prospect than both Miller or Stroud, but he’s an early-enrollee freshman with less time in the program and thus less experience with Ryan Day’s offense.

Stroud seems to be the leader in the battle, but many expect Day will let the competition continue into the start of fall camp. There will be opportunities in the spring game for all three to show out thanks to that wide receiver depth, as the Buckeyes have a handful of starter-caliber players at the position. That’s why I don’t think it matters who ultimately gets named the starter, because in winning the job, that player will have proven something to separate themselves from elite competition and will be handed the reigns of an offense that has Chris Olave, Garrett Wilson, Jaxon Smith-Njigba and Julian Fleming ready to make them look good on Saturdays.

The good news is that Manny Diaz had a positive update on D’Eriq King’s recovery and rehab, noting that King has hit every benchmark so far after suffering a torn ACL in the bowl game and is on track to be able to start the 2021 season for the Hurricanes. With King sidelined all spring, the quarterback reps have been divided among 2020 signees Tyler Van Dyke and Peyton Matocha with early enrollee freshman Jake Garcia getting reps as well. Both Van Dyke and Garcia have each turned in some impressive performances during the spring scrimmages, but fans won’t get a chance to offer their own thoughts until the televised spring game on Saturday morning.

Rarely has the competition for the No. 2 quarterback been so intriguing in spring practice, but given King’s absence and the goals that Miami has for 2021, it’s important to know that there’s some real depth at the position. King has suffered multiple significant injuries in his college career, and if there’s any setback in his recovery or in-game tweak that causes concern, Miami will ask its backup quarterback to go and execute at a high level with ACC championship hopes on the line. Of course, the hope is that King will have a full recovery and play the entire 2021 season as one of 19 returning starters for the Hurricanes, and Saturday’s quarterback showdown will be the first of many battles for QB1 in 2022.

USC: Which wide receivers will show out?

There are losses at wide receiver for the Trojans with Amon-Ra St. Brown and Tyler Vaughns gone, but you’d really like to see Kedon Slovis and the rest of the passing attack show out here in this spotlight moment for the program. It’s Year 3 with Graham Harrell as offensive coordinator and Year 3 for Slovis running the show on the field. Spring games are perfect for dialing up a play or two for your stars, and the Trojans’ wide receiver room remains among the most talented in the country. Drake London is going to be the superstar to watch, but there’s a couple names to keep in mind behind him. Former five-star Bru McCoy has been working his way back to full-go and could be in action, while sophomore Gary Bryant Jr. is a yards-after-catch monster and special teams threat who’s going to battle for slot receiver snaps with Colorado transfer K.D. Nixon. While it’s a talented group on the top line with depth a bit of a concern, there are even more depth issues in the secondary right now, so the defense could be there for the taking with some splash plays in the spring game.

It’s important to note that while the wide receivers are a fun spring game wrinkle to watch, it’s not the most important key to the offense playing at a high level in 2021. Fans and analysts across the country are going to watch to see if USC can run the ball effectively, particularly in short-yardage situations. Given the bland playbook of spring games and the reports of how the defense has looked during spring practice so far, my expectations are the predictable nature of those moments don’t help the offense. However, if the offensive line can get a push on a very good defensive front, then it’s going to resonate as a sign that USC has improved in a key area for taking the next step.

Returning to the field for the first time since Pac-12 Offensive Freshman of the Year Ty Jordan died from an accidental gun shot wound, there will be moments to celebrate and honor Jordan during the weekend. Portions of the school’s proceeds for the game are going to the Ty Jordan Memorial Scholarship Fund, including bundles of four tickets being offered for $22 in honor of his jersey number, and the school has announced intentions to honor Jordan throughout the season.

Part of that effort on Saturday will include special helmets with “LLTJ” on the side, for “Long Live Ty Jordan.”

Additionally, the hole he left at running back on the field had Utah turning to the transfer portal to bring in two very intriguing players: Chris Curry from LSU and T.J. Pledger from Oklahoma. Both were a part of committee approaches in recent years, and each have flashed at times during their limited workloads. Curry and Pledger are lined up on opposite teams for the spring game, so we should see a good bit of both with the starters in the game. Utah has split the squads pretty evenly between the red team and black team, with Baylor transfer quarterback Charlie Brewer lined up opposite Peter Costelli and plenty of key defenders on each squad.

TCU: Offense should be able to cook

If you go to 247Sports’ breakdown of TCU’s all-time recruits, you’ll notice that two of the three top-rated recruits in Horned Frogs history are both from the class of 2020. Former five-star running back Zach Evans is No. 1, wide receiver Quentin Johnston — who just set a Big 12 freshman record with 22.1 yards per reception — is No. 3, and you don’t have to scroll too far down the list of all-time recruits to find former four-star quarterback Max Duggan.

There are explanations as to why it hasn’t clicked as well as it looks on paper, including Duggan’s medical condition and Evans as a freshman really taking until later in the year before settling in as a regular and productive part of the offense. But on Saturday in the spring game, the defense will be down a couple of key players, so we should see the offense perform well. That will be a welcome sight for fans frustrated by a group that scored 34 combined points in losses to Kansas State (14), Oklahoma (14) and West Virginia (6).

Transgender athletes: Where do nonbinary people fit in?