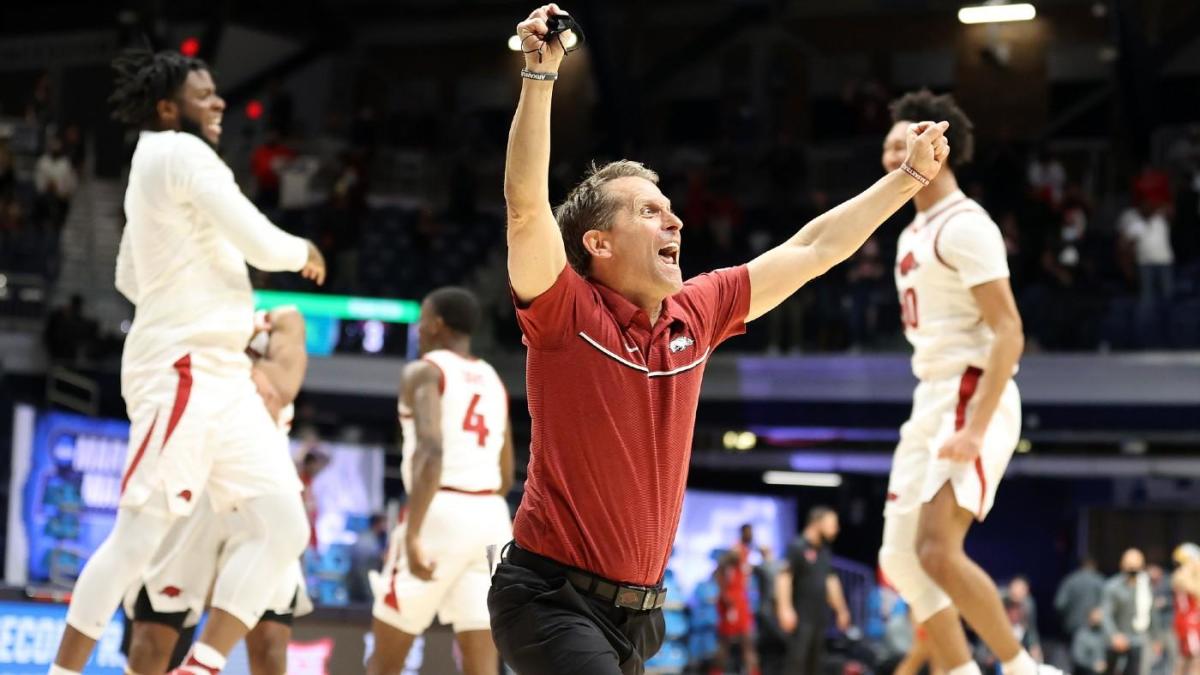 College basketball transfer portal: Winners and losers so far of a wild offseason of players on the move

College basketball has been moving in this direction for several years, but the era of mass transfers is finally here. With NCAA rules expected to change soon to allow first-time transfers immediate eligibility at their new schools, the transfer portal is loaded with players looking for new homes.

With the NCAA also granting a free year of eligibility due to the COVID-19 pandemic, rosters all over the country are in flux. Numerous programs have seen multiple players enter the portal, and others have already capitalized on the massive market of available talent to bolster their 2021-22 rosters.

There will be endless amounts of roster shuffling in the months ahead that lead to additional transfers, and that means there will be plenty of opportunities for those with spots to fill to make up ground. But for now, here are some of the winners and losers from the first few weeks of transfer portal season in college basketball.

Oft-criticized coach Mark Turgeon just got a contract extension, and the Terrapins are making headway on improving their roster after they snuck into the NCAA Tournament as a No. 10 seed and won their first round game against UConn. Georgetown center Qudus Wahab is in the fold after shining late in his sophomore season, and Rhode Island guard Fatts Russell is set to use his final season of eligibility at Maryland. Russell will need to improve his shaky offensive efficiency to be a productive piece in the Big Ten, but his distribution skills should help a team didn’t have a natural point guard this past season. Maryland is losing veteran defensive stopper Darryl Morsell to the portal, but the net result of transfer season appears positive thus far.

Minnesota dismissed Richard Pitino after eight seasons and hired Xavier assistant Ben Johnson, a former Gophers captain, as coach. Predictably, the change is causing some roster turnover. Most notably, leading scorers Marcus Carr and Liam Robbins are in the portal. Carr could end up in the NBA Draft after averaging 19.4 points this season, but the possibility of losing the star guard to another school is a painful thought. Robbins, a seven-footer who transferred in from Drake, emerged as an interior force in his lone season with the program. He averaged 11.7 points, 6.6 rebounds and 2.7 blocks in just 24.7 minutes per game. The trajectory of his development is appealing, and losing him to another school would be a tough blow. Several other Gophers are in the portal as well, meaning Johnson will have some work to do in building his first roster.

That process has begun with the transfer commitments of Lafayette’s E.J. Stephens, William & Mary’s Luke Loewe and George Washington’s Jamison Battle. All have been productive at the mid-major level. But depending on how this roster fills out, Johnson’s first squad could face a steep learning curve in the Big Ten.

After one of its worst seasons in a century, Kentucky faces plenty of questions entering John Calipari’s 13th season as coach. But the Wildcats have snagged a couple of nice additions from the portal. Kellan Grady was a prolific scorer and solid 3-point shooter in four seasons at Davidson, and Oscar Tshiebwe was a productive big man in a season and a half with West Virginia. Devin Askew and Cam’Ron Fletcher are headed out via the portal, but Grady and Tshiebwe appear to be clear upgrades.

The Nittany Lions are in a similar situation as Minnesota after moving on from interim coach Jim Ferry and hiring Purdue assistant Micah Shrewsberry. Leading scorer Myreon Jones is headed to Florida, and key players Seth Lundy, Jamari Wheeler and John Harrar are on the way out as well. Second-leading scorer Izaiah Brockington initially entered the portal as well but has since indicated he’ll return to Penn State. Shrewsberry may still have a chance to recruit a couple more of those guys back, but for now Penn State is playing catch up.

Loser: Earl Grant’s going to be busy at Boston College

After three consecutive losing seasons and 10 straight losing records in ACC play, perhaps a roster makeover isn’t a bad thing for Boston College. But first-year coach Earl Grant has his work cut out in rebuilding the Eagles after the program moved on from Jim Christian. The top four scorers from the 2020-21 team all entered the portal, and three of them have found new homers. Wynston Tabbs is headed to ECU, CJ Felder is going to Florida and Jay Heath is committed to Arizona State. Grant did a nice rebuilding job at Charleston, and he’s got his work cut out for him at BC.

Loser: Defections adding up at Washington

It’s an indictment on the direction of Washington’s program that so many Huskies are in the transfer portal — 247Sports had the number at six as of Thursday. This team won the Pac-12 in 2019, and it’s been a disaster since then. Perhaps it’s for the better that an overhaul is underway, but it’s going to take some spectacular maneuvering for coach Mike Hopkins to replace the departing production with enough talent to restore the once-promising direction of the program under his direction.

It should come as no surprise that Arkansas coach Eric Musselman is working the transfer market. He built a perennial winner at Nevada by relying on transfers and just led the Razorbacks to their first Sweet 16 since 1996 by doing the same in the SEC. He’s landed commitments from sizable Pittsburgh wing Au’Diese Toney and Miami guard Chris Lykes so far, and Musselman’s history suggests that’s only the start. Toney averaged 14.4 points and 5.9 rebounds for the Panthers this season. Lykes missed all but two games this season with an injury, but the 5-foot-7 guard is a great scorer and improving distributor who has shown the ability to control the action against high-level opponents despite his short stature.

In another example of a program losing its best player amid a coaching change, Timmy Allen is in the portal after averaging 17.3 points over the past two seasons. The 6-foot-6 forward was a first-team all-conference performer this season, and his departure will leave a hole for first-year coach Craig Smith to fill.

Sharpshooter Noah Locke and role players Omar Payne and Ques Glover are in the portal as departures for Florida, but the Gators appear to have upgraded with what’s coming in. Penn State guard Myreon Jones is the headliner so far after averaging 15.3 points on 39.5% 3-point shooting for the Nittany Lions this season. Kansas City transfer guard Brandon McKissic is also a good get for coach Mike White after he averaged 17.2 points on 50.8% shooting in his fourth college season. Boston College forward CJ Felder should more than atone for Payne’s departure after he averaged 9.7 points, 5.9 rebounds and 2.2 blocks in 19 games for the Eagles this season.

4 observations from the Badgers’ first open spring football practice | College Football
We use cookies on our website to give you the most relevant experience by remembering your preferences and repeat visits. By clicking “Accept”, you consent to the use of ALL the cookies.
Cookie settingsACCEPT
Manage consent