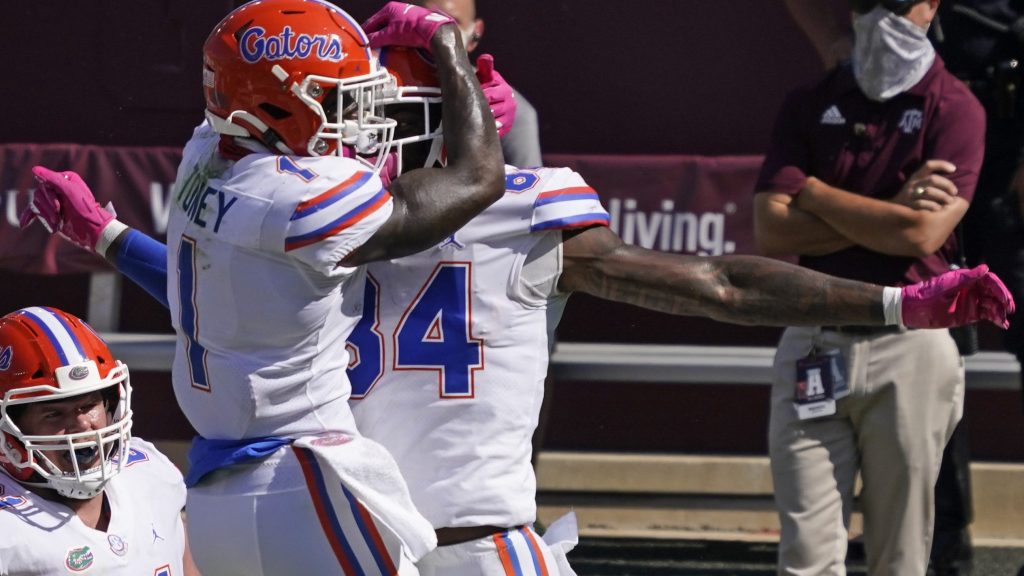 It’s essentially a foregone conclusion at this point that both tight end Kyle Pitts and receiver Kadarius Toney will be selected in the first round of next month’s 2021 NFL draft. Both are coming off stellar final collegiate years in which they helped facilitate one of the best passing offenses in college ball, and for their efforts, they’re expected to be Florida’s first offensive skill-position players taken in the first round since Tim Tebow in 2010.

The only question now is where will they land.

Though several mock drafts have Pitts going in the top five (even as high as fourth overall), the latest mock from CBS Sports shows him falling just outside that range, with the Philadelphia Eagles selecting him with the sixth pick.

Philadelphia will eventually move on from Zach Ertz and that will make a Kyle Pitts projection more palatable. The idea of bypassing on Ja’Marr Chase for Pitts might be perplexing to some but Pitts is a mismatch nightmare and would be an enviable outlet for Jalen Hurts.

With Zach Ertz likely on his way out, adding Pitts here would make a lot of sense for an Eagles team that desperately needs more weapons in the passing game. The one hang-up is that Philly also has another talented tight end in Dallas Goedert, but he’s set to be a free agent after next season, and even if the team keeps him around, pairing him up with Pitts would be quite the duo.

NEXT: How far did Toney fall?

‘I’m not going to make any controversy,’ Paire promises Nadal