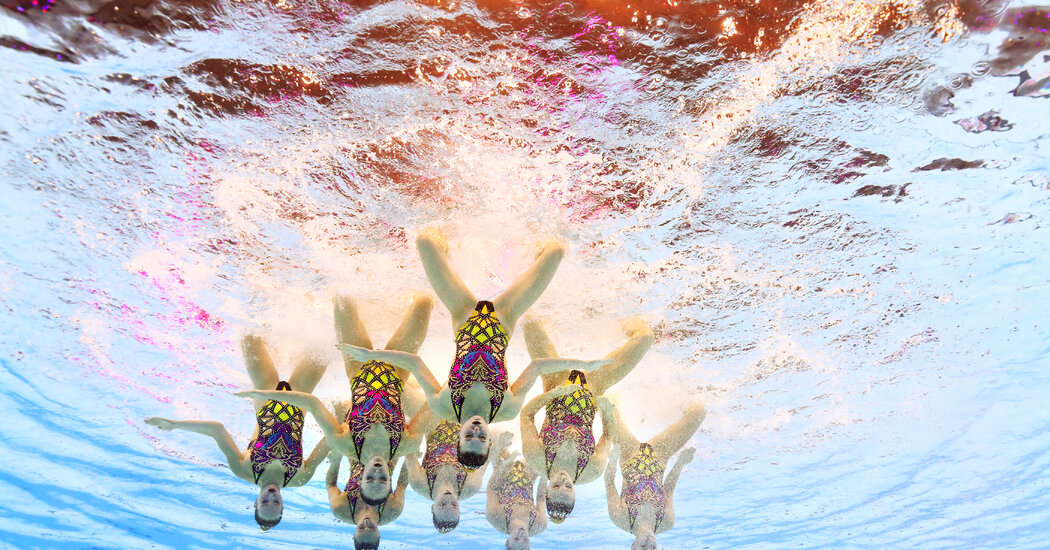 The head coach of Canada’s national artistic swimming team will take a personal leave pending the results of a disciplinary hearing into whether he created a toxic training environment for athletes, The Canadian Press reported, quoting Canada’s artistic swimming organization.

The coach, Gabor Szauder, came under scrutiny after athletes complained that he berated them about their weight and made sexist, racist and psychologically harmful remarks. He has not responded to multiple requests for comment from The Times.

Canada Artistic Swimming, which oversees the sport formerly known as synchronized swimming, investigated last fall and reported that there was not sufficient evidence to remove him as coach.

Athletes disagreed, with some arguing that Szauder’s hiring added to a history of abusive coaching in Canada’s federation over several years. Earlier this month, five former swimmers filed a lawsuit against the organization, saying it failed to provide a safe and respectful training environment.

Since then, Canada Artistic Swimming has released several statements on steps it has taken since 2016 to improve the treatment of its athletes. The organization said it is committed to providing “safe and healthy” training for all of its swimmers.

“We are a broken family,” Jackie Buckingham, the chief executive for Canada’s federation, said in a video statement posted on March 18. “I speak to the whole national organization when I say that we are truly sorry for this.”

Buckingham added that the organization would undergo an independent review of its practices over the past seven years and make the result “public to all stakeholders.”

“We are confident that this will clear the doubts over our intentions and the changes we have made and are making, and will reinstate trust in the organization and its leaders,” she said.

Gabriella Brisson, one of the five former swimmers who filed the lawsuit, said that the review would fall short given the federation’s history of hiring leaders who employ abusive tactics.

“When Jackie Buckingham says she can ‘only speak about the past seven years,’ I see that as proof that she’s incapable of making the changes necessary to push our sport in the direction it needs to go,” Brisson wrote in a statement to The Times on Thursday. “She had seven years to enact change, and she failed us. In the same way that she continues to fail athletes today.”

The turmoil in Canadian artistic swimming comes amid a broader reckoning in the sport, with athletes around the world complaining of harsh coaches who have driven them to panic attacks, eating disorders and left them with long-term mental and physical injuries. More than 100 athletes spoke to The Times or posted on social media accounts about what they regard as abuses.

Artistic swimming combines elements of dance, swimming and gymnastics. Swimmers — who are mostly women — perform routines that are judged on synchronicity, beauty and difficulty, factoring appearance into the scores. Coaches have shamed swimmers about their weight, withheld meals or pressed their bodies into uncomfortable or injurious positions, athletes said.

FINA, the international governing body for aquatic sports, including artistic swimming, said in an email that it would also assess widespread claims of mistreatment of athletes. A spokesman said that the organization would look into questions raised by last month’s article and create avenues for the prevention of and education about harassment.

In Canada, Szauder will await the results of the organization’s disciplinary panel. Before he was hired to lead the team in 2018, he was accused of using unduly harsh methods while coaching in Slovakia from 2013 to 2018.

“To replace Gabor with a coach with a clean track record would count as a step in the right direction,” Brisson said.

“Changing culture is much bigger than changing leaders,” Buckingham said. “I am sure some people will disagree, but I believe the people who are living this experience now — athletes, staff, coaches and volunteers — are the best ones to lead us out of it.”