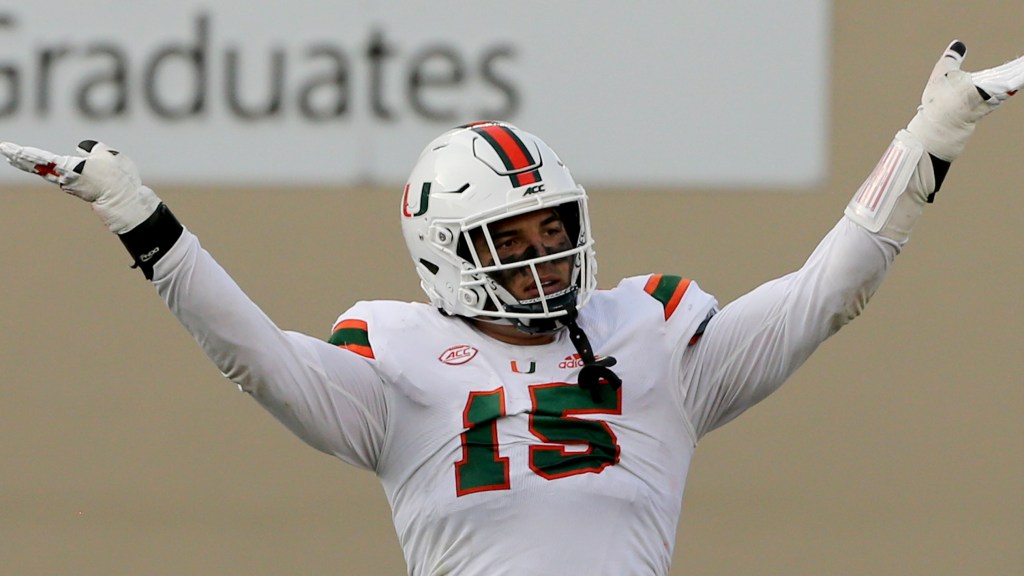 It’s always nice to find a mock draft that shakes up the status quo. We found one that makes several projections that are seldom seen elsewhere.

Emory Hunt of CBS Sports offers up an unconventional path to the No. 26 pick and the Browns. Hunt has several prospects coming off the board significantly higher than most contemporary mock drafts.

Among the players not typically projected to be off the board before the Browns make their first selection but are gone in Hunt’s latest incarnation:

And the Browns own selection is someone not typically projected to Cleveland in the first, Miami EDGE Jaelan Phillips.

The Browns add another pressure player opposite of Myles Garrett. Phillips is excellent on both ends of defense, so you don’t have to take him off the field, much to the chagrin of opposing offenses.

Phillips, who started out at UCLA, is a tantalizing athlete but had some concussion issues in college that need to be cleared. If he’s healthy, Phillips could be a difference-maker for the Browns in a situation like this.

Virginia Claims First NCAA Relay Title in School History
We use cookies on our website to give you the most relevant experience by remembering your preferences and repeat visits. By clicking “Accept”, you consent to the use of ALL the cookies.
Cookie settingsACCEPT
Manage consent