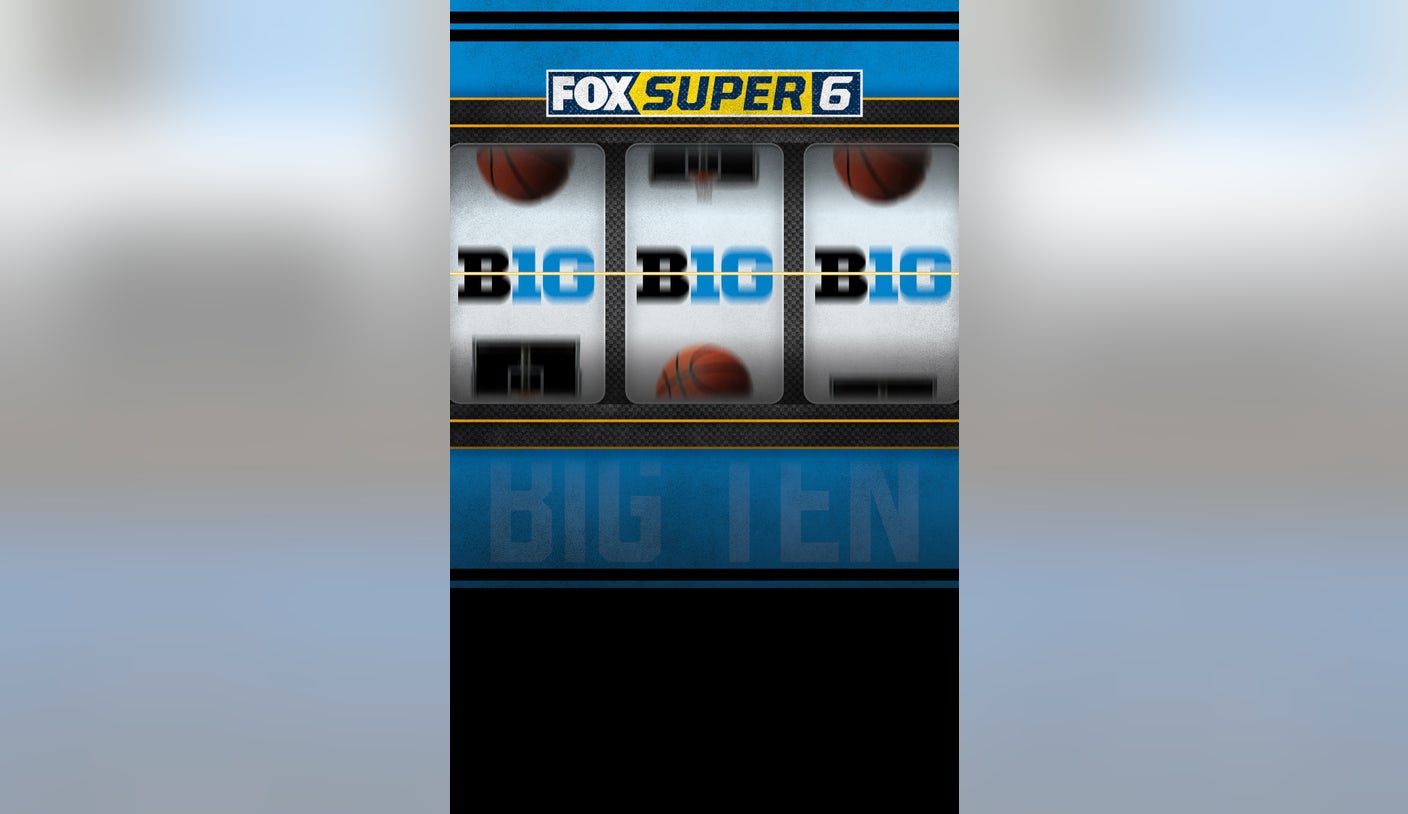 The banners already are being hung around Lucas Oil Stadium symbolizing that this is the home of the 2021 Final Four.

Inside on Saturday afternoon, you could easily see two games befitting that national stage as the semifinal of the Big Ten Tournament unfolds. Four of the top nine teams in the latest AP rankings – Ohio State and Michigan, Iowa and Illinois – are under one roof and playing a spectacular doubleheader of a tune-up for March Madness, starting at 1 p.m. ET on CBS.

You can take part in the action yourself by playing FOX’s Super 6 for the Big Ten semifinals! All you have to do is download the FOX Super 6 app on your phone or mobile device and answer six questions about Saturday’s Big Ten matchups. Get all six questions right and you could win the $1,000 jackpot!

Just download the FOX Super 6 app and make your picks right now, before tip-off. And to get you set to win big, here are the six things to look for Saturday afternoon in Indianapolis.

Lost in the hysteria of Juwan Howard’s ejection for a confrontation with Mark Turgeon in Michigan’s win over Maryland was the fact that Wolverines guard Mike Smith posted one of the best performances in Big Ten Tournament history. He recorded 18 points and a Big Ten tourney record 15 assists on Friday as the Wolverines rallied from a double digit first half deficit. He had a good day against Ohio State back in February with 11 points and seven assists in the 92-87 win.

If Smith goes wild, Ohio State has a difficult day lined up.

That first game between the Wolverines and Buckeyes in Columbus might have been among the best games all year statistically. Michigan shot 53.4 percent from the floor, while Ohio State shot 54.3 percent. The Buckeyes only committed nine turnovers, while the Wolverines committed seven. Five Michigan players scored in double figures, while Ohio State got 30 from Duane Washington Jr. and 23 from E.J. Liddell had 23.

Add in the rivalry and the stakes, and Saturday night has the potential to be one of the most enjoyable matchups in college basketball this season.

In a tournament like this, sometimes the little things make the biggest difference. Ohio State is playing on its third straight day and was pushed to overtime by Purdue before avenging two regular season losses to the Boilermakers in an 87-78 win.

With less than a 24 hour turnaround for Ohio State and facing a team that is likely a No. 1 seed, any drop in intensity for the Buckeyes could end their dreams of a Big Ten title.

4. Marquee attractions in the nightcap

Both come in hot; Dosunmu had 24 points, five rebounds and six assists in the 90-68 rout over Rutgers, and Garza’s 24-9-3 helped Iowa beat Wisconsin for the third time in the late game.

The Garza-Dosunmu attraction is the main event, but it is likely that game will be decided by the next-level cast for both teams. Joe Wieskamp has averaged 15 points a game for the Hawkeyes this year to give Garza some relief at times for Iowa. Illinois’ Kofi Cockburn had 18 against Rutgers on Friday and averages 17.3 points a game.

A hot night from either of those guys could very well decide who advances to the final.

By the time this one is over around dinnertime on the East Coast on Saturday evening, it is likely we will know all four top seeds in the NCAA Tournament that seems like it could be dominated by the top few teams.

That means these two games could be as good as or better than any head-on-head matchup that Indianapolis will see over the next three weeks. Sit back and enjoy it.

Play the FOX Super 6 Challenge for college basketball throughout the conference tournaments and March Madness for your chance to win thousands of dollars, absolutely for free. Just download the Super 6 app now and make your picks!

Get more from College Basketball Add to your favorites to get information about games, news and more.

Sports stopped one year ago due to coronavirus pandemic