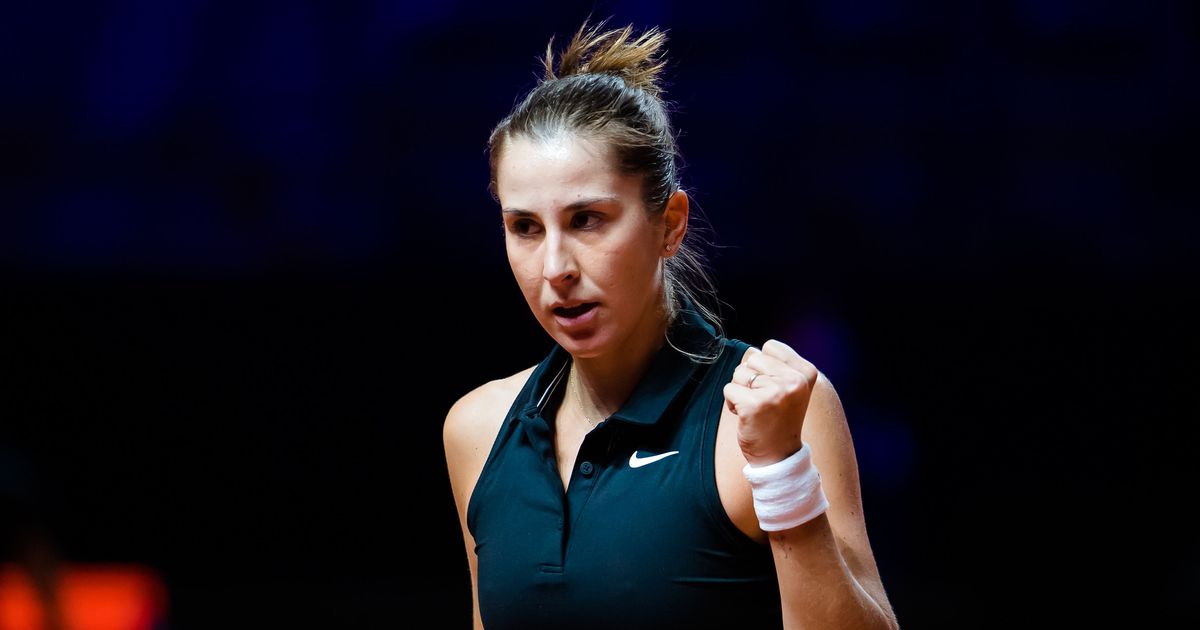 Just two main-draw singles matches were on the schedule on Monday at the Porsche Tennis Grand Prix, and Day 1 action saw Belinda Bencic and Maria Sakkari advance at the expense of two German favorites.

No.8 seed Bencic was first through to the second round thanks to a 6-4, 6-2 win over talented German teenager Nastasja Schunk, competing in her first WTA main draw, before Sakkari followed her with a 6-2, 6-2 win over former Top 10 player and tournament wildcard Andrea Petkovic.

17-year-old Schunk successfully qualified for the WTA 500 event by defeating Daniela Seguel and fellow teenaged compatriot Noma Noha Akugue, and gave a glimpse of her talent as she befuddled the former World No.4 with heavy left-handed strokes and slices over the course of an hour and 28 minutes.

Needing six match points to eventually put the teenager away, Bencic scored her first victory on clay since the 2019 French Open.

“I knew she’s a very good player and a young talent… I was prepared and tried to get to know as much as possible about her,” Bencic said after the match.

“She was playing great. I had trouble with her game. She reads the game well and has good spin, which was uncomfortable for me.”

The Swiss also faced some adversity with the surface thanks to two spills on the terre battue — but came out unscathed aside from clay stains down her back.

“My love affair with clay is… I’m trying to improve myself on it. I think I’m getting better and I’m taking falls sometimes. I’m trying my best on this surface.”

Later in the evening, Sakkari had little trouble in her Stuttgart debut against Petkovic in the pair’s fourth career meeting on clay.

The Greek No.1 notably cleaned up her service games over the course of 66 minutes: she was broken twice in the opener, but never faced a break point in the second set. In all, Sakkari his 24 winners — three times as many as Petkovic — and broke serve six times to extend her head-to-head lead over the former World No.9 to 3-1.

“I played pretty solid. I felt good on court… I’m never satisfied because I think I’m too hard on myself sometimes. I’m satisfied with some things, and I still have to work on some other things for my next match, but overall, it was a good performance,” Sakkari said after the match.

“I’m feeling good, being here for the first time. I’ve always wanted to play here. I’ve heard a lot of amazing things about the tournament, so I was looking forward to play here.”

Up next, she’ll await the winner of a blockbuster opening round match between No.7 seed Petra Kvitova and Australian Open finalist Jennifer Brady.

Brady did hit the court in doubles on Monday, as she and Ashleigh Barty secured a 6-3, 6-1 opening victory against Americans Kaitlyn Christian and Sabrina Santamaria.