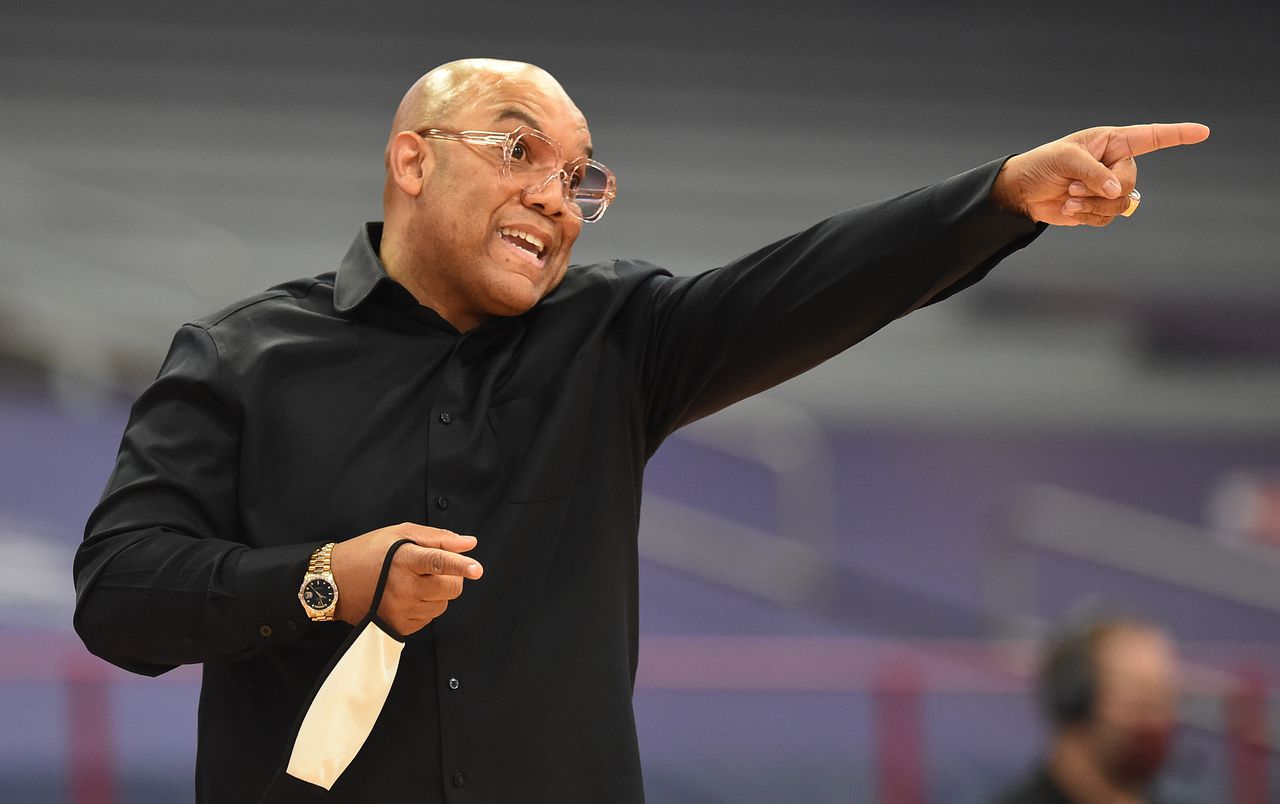 Axe: Why are so many Syracuse women’s basketball players flocking to the transfer portal?

Syracuse, N.Y. — What is going on with Syracuse women’s basketball?

Why does Quentin Hillsman’s program have a higher turnover rate than the Defense Against the Dark Arts position at Hogwarts?

Even in a world where the NCAA transfer portal has college basketball players participating in the world’s biggest game of musical chairs, 10 is an eye-popping number of players to lose.

Let’s zoom in a bit.

Engstler was the ACC’s sixth woman of the year and would have been a focal point of the Orange attack as a senior next season. She averaged 10.5 points and 9.1 rebounds per game last season.

Both Engstler and Syracuse coach Quentin Hillsman posted a photo with each other on social media.

“Oil & Water – we are good over here. Wishing her the best,” Hillsman wrote in a tweet. Engstler’s caption ended with “Love you Cuse.”

Engstler and Hillsman have remained mum on the reasons for the transfer, though it seems to be an amicable split.

Lewis and Strautmane were seniors this past season. Most players in the portal will cite more playing time as a reason to move on, but that was not an issue for either player.

Lewis led the Orange in scoring over the past two seasons. She paced the Orange with 14 points per game this season. Strautmane played in all 24 of SU’s games, averaging 7.4 points and 5.4 rebounds per game.

Was it a case of both players opting to move on after a senior year?

Finklea-Guity was also a senior this year but saw her playing time decrease with the emergence of freshman center Kamilla Cardoso, a breakout star at SU. Seeking a better opportunity in the portal for a final year of eligibility makes sense for her.

Fitzmaurice opted out of the 2020-21 season and played limited minutes during three previous seasons with the Orange.

McNeal (freshman), Washington (sophomore), Blackstone (freshman) and Fisher (freshman) were all young players suspended from the Orange’s ACC and NCAA Tournament postseason runs due to a violation of team rules.

Hillsman did not clarify what those violations were during a media session on March 25. All four played for the Orange this season but in limited roles.

Whatever the situation, it was serious enough that all four players want out.

Both McNeal and Huijbens were part of the Orange’s top 5 class that included All-ACC Cardoso and Priscilla Williams, a McDonald’s All-American.

The only players that remain from the 2020-21 roster are Cardoso, freshman guards Williams, Kiara Fisher, Ava Irvin, and sophomore guard Teisha Hyman, who redshirted this season.

Syracuse will add five players next season in a recruiting class that ranks in the top 11 in the country.

Toronto natives and teammates Shayeann Day-Wilson and Latasha Lattimore headline the Class of 2021. Lattimore, a dominant 6-foot-4 forward, is ranked No. 38 overall in the 2021 class, while Day-Wilson is considered Canada’s top point guard and the No. 41 player in the class.

Amani Bartlett, a 6-3 incoming freshman forward, is rated a Top 50 recruit by ESPNW.

Julianna Walker, an incoming freshman guard, did not play as a high school senior due to the COVID-19 pandemic but averaged 35 points, 7.1 assists and 7.4 steals per game as a junior.

The portal taketh away 10 players from Syracuse, but it also giveth a little. USC guard Shalexxus Aaron announced her decision to transfer to Syracuse on Friday. Aaron shot 40% from 3-point range for the Trojans last season.

That tilts the roster back to 11 players for the fall.

SU’s recent 83-47 loss to UConn in the NCAA Tournament showed how far the program still has to go.

Since playing in the national championship game against UConn in 2016, Syracuse hasn’t advanced to the Sweet 16 since despite a run of eight straight appearances in the NCAA Tournament.

“Obviously we fell short of (winning a national championship), but I can tell you this has been a really unique and tough year trying to get simple things done, like practice,” Hillsman said last week. “We really had long lulls and our preseason was definitely different. So a lot of our season hinged on trying to get our young kids to understand our system, so that was tough.”

That last part is noteworthy as Syracuse will have a very young roster next season.

Did Coach Q get caught in an unprecedented year full of extremes or does he have to reexamine the culture at Syracuse a little?

Hillsman, who declined to comment for this column, would likely point to his stacked recruiting classes to refute that.

“This class is special,” Hillsman said in November. “When you add a top-15 class to the No. 4 class in the country that means that you have stacked two great classes. That is how you win a championship; you need to have two or three classes stacked in a row that are filled with quality players and quality people. And we did that.”

State will allow public in college stadiums on April 2; guidance could pave way for fans at Carrier Dome

What’s the holdup? Time to honor one of SU’s great athletes by retiring her jersey (Editorial)

Georgia football winners and losers at the halfway point of spring practice
We use cookies on our website to give you the most relevant experience by remembering your preferences and repeat visits. By clicking “Accept”, you consent to the use of ALL the cookies.
Cookie settingsACCEPT
Manage consent