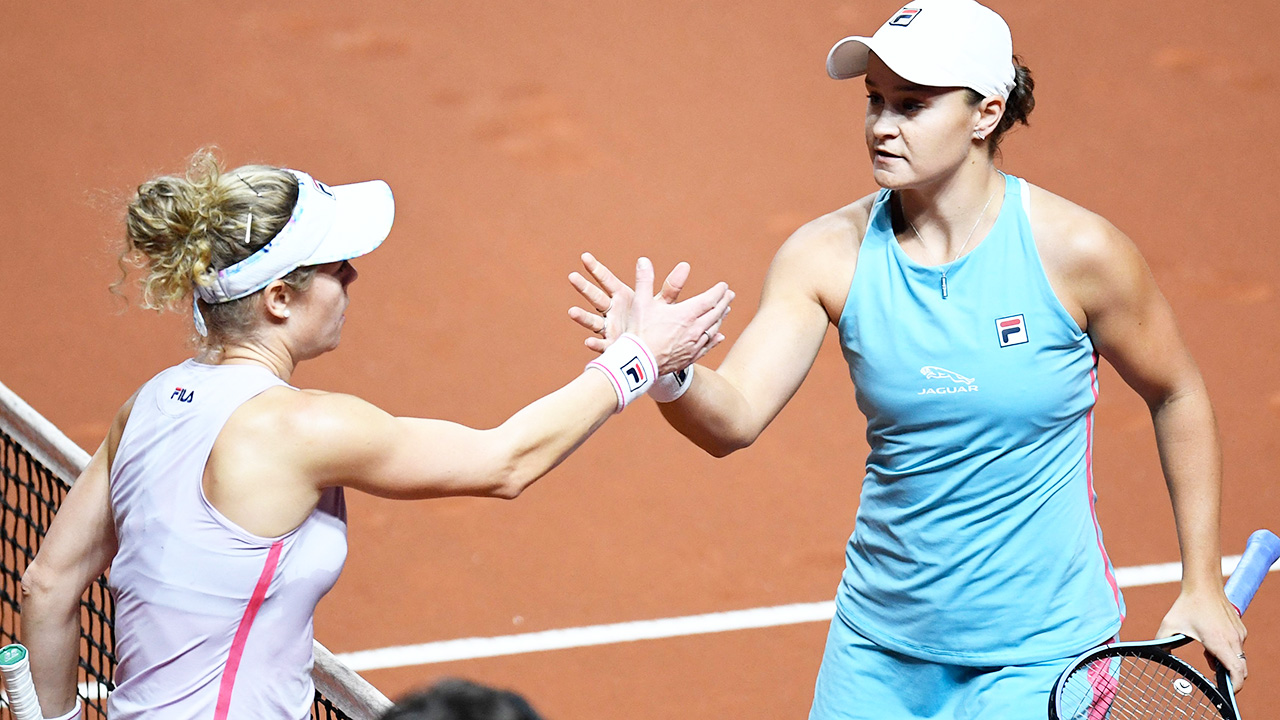 Ash Barty has secured her first win on European clay in 22 months, blitzing German Laura Siegemund in Stuttgart on Wednesday.

Playing her first match on the clay courts of Europe since winning the French Open in 2019, the World No.1 stormed out of the blocks before beating Siegemund 6-0, 7-5.

“Whoever I play next, either way, I’ll come out here and try and bring the match on my terms – but do it with a smile on my face again,” Barty said.

After her recent Miami Open victory, Barty had looked a bit weary in the next US tournament in Charleston – but back for her first match in Europe since Wimbledon 2019, she seemed well refreshed.

Barty expected a lot more from a renowned fighter like Siegemund – and the German duly obliged.

Going on the attack on what she called “my court”, Siegemund, deprived of home support in the behind-closed-doors tournament, forced the Queenslander to up her game and eke out her fifth break of serve in the final game.

Asked whether the second set was down to her taking the foot off the gas or to Siegemund, the 2017 champion, raising her game, Barty had no doubt.

“Absolutely it was down to her, you have to give credit to your opponent and I think Laura did an exceptional job in changing the way she was playing,” said Barty.

“She made it difficult for me to feel comfortable and she’s a great competitor, she finds a way to get back into matches and she obviously loves playing on this court.

“So I knew it was never going to be easy, regardless of what the score was saying.”

Once Siegemund got on the board after losing the first seven games, she went on to match Barty and even held a break point for a 5-4 lead.

Still, the Queenslander held tough, despite struggling with a first-serve percentage of 44%, and, aided by 19 winners, eventually prevailed after one hour 19 minutes when Siegemund hit a wayward forehand wide.

“There weren’t too many points when I felt like I had an opportunity to get into the court,” said Barty.

“It was a bit of one-two tennis to start off and these courts are quite quick to what I’ve played on in the past. It’s an adjustment – but next time we look to improve again.”

Fans were in awe of Barty’s brilliant display.

Swimmer Alleges Fraud and Intimidation to Qualify for Olympics (Video)