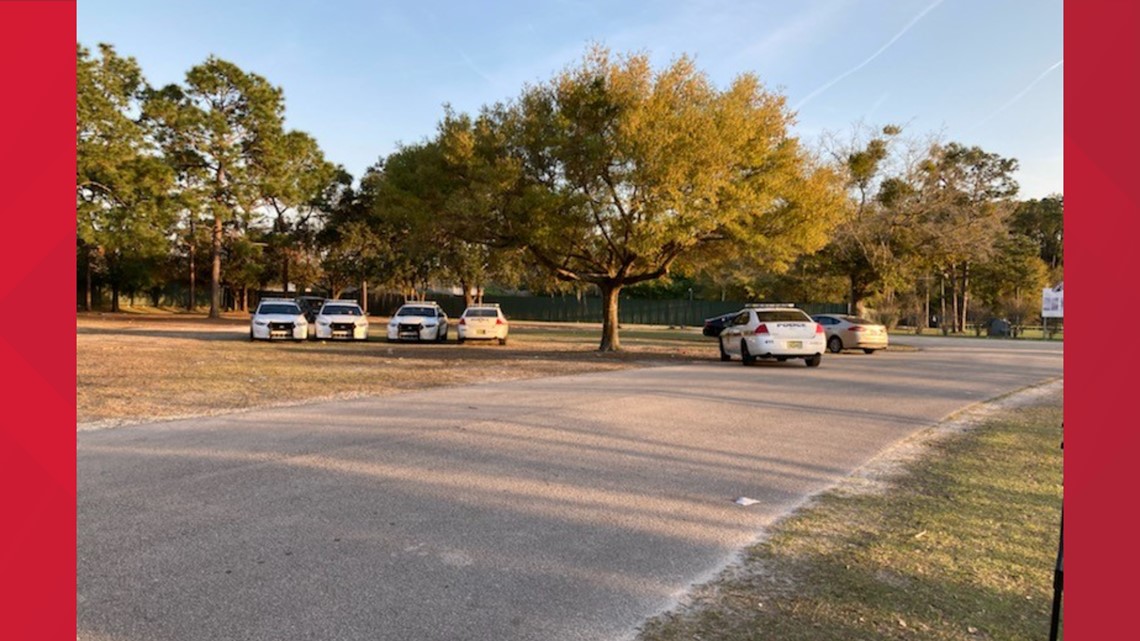 Argument during football game ends in shooting at Greenland Park

No injuries have been reported to police and no suspect has been taken into custody at this time.

JACKSONVILLE, Fla. — The Jacksonville Sheriff’s Office is searching for a man they say pulled out a gun and fired shots during a youth football game at Greenland Park Sunday afternoon.

The shooting happened around 4:30 p.m. while the Mandarin Athletic Association was hosting an Elite South Youth Football League Jamboree at the park.

About 500 people were at the park as multiple teams faced each other.

During one of the games, two spectators got into an argument and one pulled out a gun from a backpack and started shooting.

Once shots were fired, everyone in the crowd began scattering to leave the park.

Fortunately, no one was injured during the shooting as this is not the first time an incident like this has happened at a youth football game in Jacksonville.

Back in October 2020, a shooting at a youth football game in Arlington had a tragic ending, leaving a 7-year-old boy injured and a man dead.

The suspect in the Greenland Park shooting remains at large as officers continue to investigate.

The suspect is described as a Black male wearing a Black sweatshirt and a red belt.

First Coast News spoke with the president of the Mandarin Athletic Association, Jovie Bellin, who wasn’t at the event but heard the news from another board member.

“It was pretty much completely shocking. One, I couldn’t believe that it happened here at the park and it happened during the event,” Bellin said.

She further explained that incidents like this don’t happen in this area.

“Not in Mandarin..yeah this is actually probably the first time we had a shooting at a youth sports event here in Mandarin,” Bellin said.

First Coast News reached out to the ESFYL Incorporation who said, “The shooting had nothing to do with the ESYFL Incorporation, or any of the associations, teams, coaches, volunteers, or participants of the league.”

Bellin sends out her apologies to the families and says the board will take necessary precautions moving forward.

“Tomorrow we’re probably going to clean up and we’ll have a board meeting to reassess how we’re going to proceed with the rest of the season and the future,” Bellin stated.

How To Watch The 2021 Women’s NCAA Championships