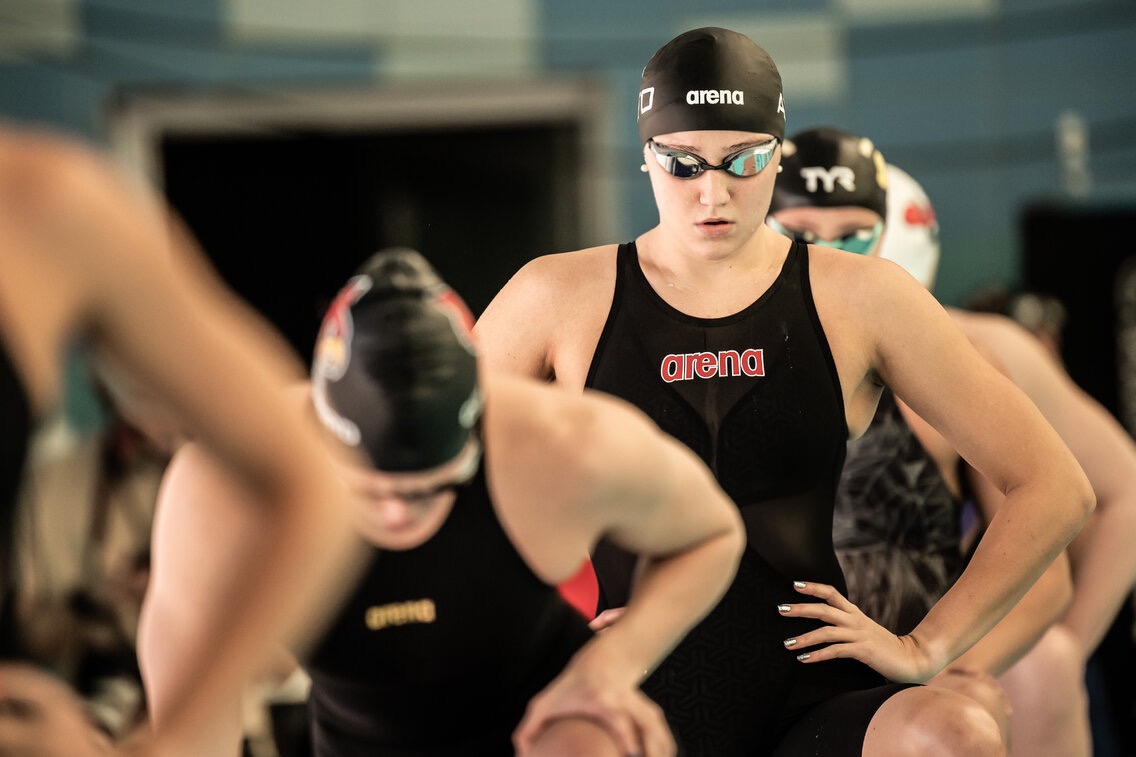 Global watersports brand arena has announced the signing of American freestyle and butterfly swimmer, Katie Drabot, to a new sponsorship agreement. The 23-year-old native of Cedarburg, Wisconsin, won the 200 butterfly bronze medal at the 2019 FINA World Championships in Gwangju, South Korea, and was a member of the three-time NCAA Championship Stanford University swim team from 2016-2020.

“I’m excited to partner with arena as I take the next step in my professional swimming career,” said Katie. “arena’s commitment to swimwear innovation is important to me.  I feel comfortable and confident swimming in arena gear and believe they have the best products on the market.  Equally important to me is arena’s commitment to a code of ethics including respect, equality and fair play.  I appreciate that arena has chosen to invest in me.”

Looking for an outlet for her high energy and competitiveness, Katie began swimming in 2004 and showed immediate promise, breaking Wisconsin high school records in 7 different individual events by the time she graduated in 2015, and earning 8 WIAA Division I State Championship trophies. Since joining the Stanford swim team in 2016, she has been part of the dominant NCAA women’s championship team three years in a row (2017-2019), while winning gold medals in the 4x100yd (2018) and 4x200yd (2018, 2019) freestyle relays.

On the international stage, Katie won her first junior title with the 4×200 free relay team at the 2013 Junior World Championships in Dubai, and went on to win her first individual gold medal in the 200 freestyle just a year later at the Junior Pan Pacs in Hawaii, where she also won gold on the 4×200 free and 4×100 medley relays.

As a high school senior, her success in the freestyle relays continued at the 2016 World Short Course Championships in Windsor, Canada, where she picked up gold and silver in the 4×100 free and 4×200 free events. Her first major individual medal came the following the year at the World University Games in Taipei, where she won 200 free silver, along with silver and bronze in the 4×200 and 4×100 free relays.  2018 & 2019 proved to be milestone years for Katie in individual events, as she won bronze medals in the 200 fly at the Pan Pacific Championships in Tokyo, and then again at the World Champs in Gwangju. She ended 2019 as the world’s second-ranked woman in the same event, before the global pandemic resulted in a temporary halt to international competition in 2020.

“We’re really pleased to have Katie on board,” said Mark Pinger, General Manager of arena North America. “She was just starting to take big strides in her progress before the pandemic hit, particularly in the 200 fly, and she has the potential to go far once things settle down again. Besides being an extraordinary talent in the pool, Katie also has the type of values that align with our own philosophy, and we believe she will be a great ambassador for our brand.”

arena has revolutionized the world of aquatic sport through insightful collaboration with world class athletes and the development of cutting edge competitive swimwear since 1973. Today, this spirit of collaboration and innovation lives on through a continuous evolution of advanced materials and Italian design that improves the performance, style and expression of all those who chose arena. From leading the lanes to living in style, arena is dedicated to providing all swimmers with the tools they need to express themselves, feel confident, win and achieve more. Because in arena, you can.

arena is a SwimSwam partner.