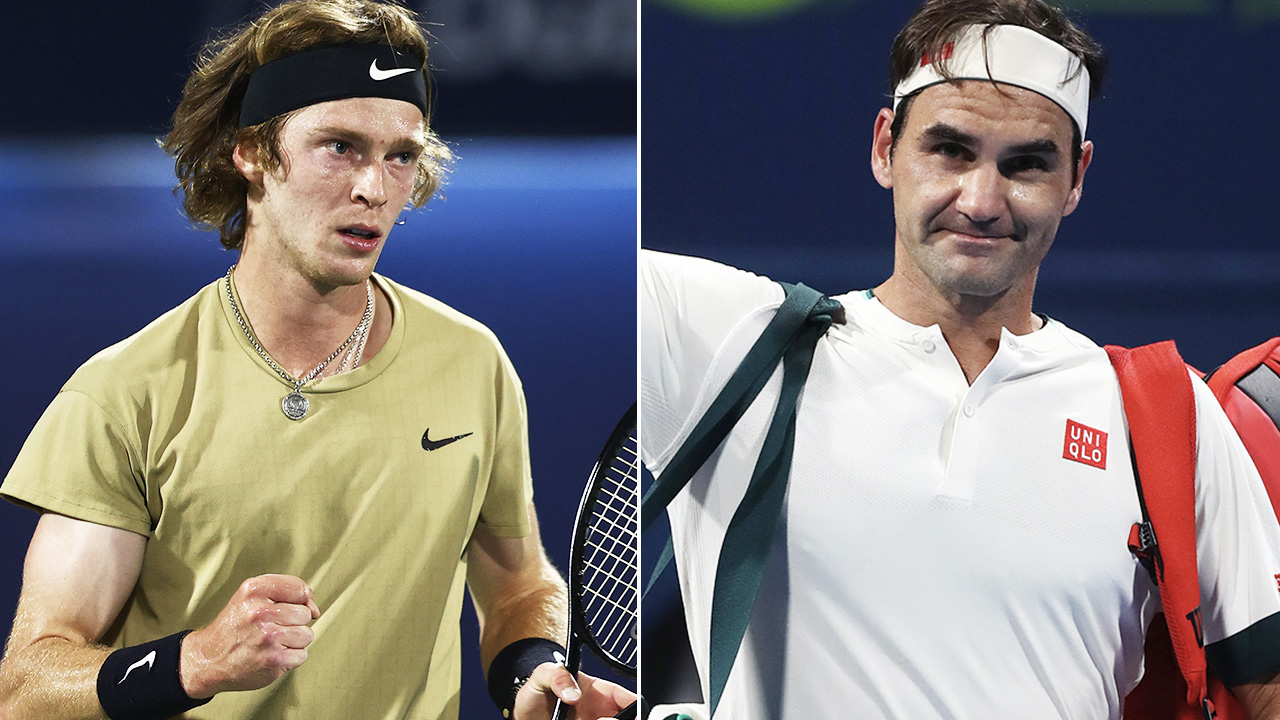 Andrey Rublev has joined Alexander Zverev in criticising the ATP’s revised rankings system, bemoaning the fact he’s still down at World No.8.

Earlier this week Zverev (World No.7) said it was “absurd” he remained behind Roger Federer under the new system, having won two titles and finishing runner-up at a grand slam and a Masters 1000 event.

Federer only returned to the court last week after 14 months out with knee injuries, yet has been able to stay at World No.6.

Meanwhile, Rublev has won 17 of his 19 matches in 2021 and extended his winning streak at ATP 500-level tournaments to 22 on Wednesday after defeating Taylor Fritz at the Dubai Championships.

Yet the young Russian was left perplexed that his ranking hasn’t gone up from World No.8.

“If we would have the normal system, I would be like No.4 in the world I think,” Rublev told reporters when asked about Zverev’s comments.

The 23-year-old has won his last four ATP 500 events, dating back to Hamburg last September, and only Federer has a longer winning streak at the level with 28 victories.

The ATP, which runs the men’s tour, froze the rankings last year during the five-month shutdown of professional tournaments, with countries imposing lockdowns and sealing borders to check the spread of the coronavirus.

When the tour restarted in August a revised system was put in place for calculating the rankings, which determine a player’s ability to enter events and receive seedings.

The revised system for calculating rankings was this month extended until the week of August 9 and the ATP anticipates that the traditional process with points dropping off on a 52-week basis will restart after that.

“With the system that we’re having now, for me, it’s much tougher to be No.4, so here is the answer,” Rublev said.

Rublev, chasing his fifth consecutive title in ATP 500 events, cruised to a 6-3 6-1 win against Fritz and next faces Marton Fucsovics after the Hungarian ousted Serbian 11th seed Dusan Lajovic 6-1 4-6 6-4.

Rublev won in Rotterdam two weeks ago and also claimed titles at his final three ATP 500 tournament appearances in 2020 – in Hamburg, St Petersburg and Vienna.

Sinner, the youngest player in the ATP’s top 100, came through in two hours and 25 minutes to set up a last-eight encounter with Aslan Karatsev.

Utah basketball fires Larry Krystkowiak. Who could replace him?