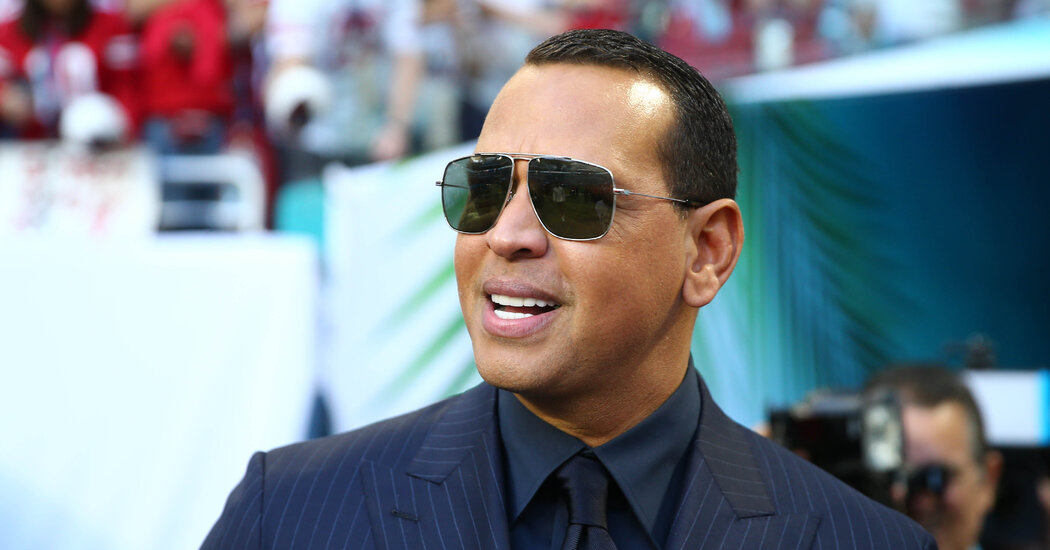 Alex Rodriguez Near Deal to Purchase Timberwolves and Lynx

Alex Rodriguez, the former Yankees star and three-time American League most valuable player, and Marc Lore, an e-commerce billionaire who is close to Rodriguez, signed a letter of intent on Saturday to purchase the N.B.A.’s Minnesota Timberwolves and the W.N.B.A.’s Minnesota Lynx, parties on both sides of the deal announced.

The Timberwolves said in a statement that Glen Taylor, the team’s longtime owner, had agreed to a “deal structure” with Rodriguez and Lore that would make them limited partners until 2023 but would also provide them “with a pathway to controlling ownership of the organization.”

Rodriguez, 45, and Lore, 49, were central to a group that, also featuring Rodriguez’s partner, Jennifer Lopez, made a serious run at purchasing the Mets before withdrawing from the process in August 2020 as the Mets closed in on selling the franchise to the billionaire hedge fund manager Steve Cohen for $2.4 billion.

Rodriguez and Lore have 30 days to complete the Minnesota deal after signing the letter of intent and said in a joint statement on Saturday: “We look forward to entering this phase of the process with Glen Taylor. Our respect for him and the legacy he has built lays an amazing foundation for what is to come.”

Taylor, who turns 80 on April 20, has been trying to sell the Timberwolves and the Lynx since July 2020, with the value of the two franchises routinely estimated to be in the $1.5 billion range. In recent months, Taylor has repeatedly said that the process is moving slowly, partly because of the coronavirus pandemic’s impact on the financial sector and the profitability of franchises leaguewide. A recent introduction to Rodriguez and Lore seemed to have changed that.

In an interview on Saturday with The Minneapolis Star Tribune, which he also owns, Taylor said Saturday’s agreement had come together “really fast.” He also told the newspaper that Rodriguez and Lore intended to keep the franchises in Minneapolis, attempting to quell speculation that is sure to swirl about the Timberwolves’ potentially moving to Seattle. That’s the city, of course, where Rodriguez’s Major League Baseball career began — and which has yearned for an N.B.A. team since the SuperSonics’ move to Oklahoma City in 2008.

“They will keep the team here,” Taylor told The Star Tribune. “We will put it in the agreement. At this point we have a letter of intent, but when we make up the contract, we’ll put it in there. That won’t be a problem.”

Taylor purchased the Timberwolves in 1994, preserving the club’s Minnesota status amid a serious threat of relocation to New Orleans, but has endured difficult times since the 2007 trade of Kevin Garnett, the best player in franchise history, to Boston. Minnesota is on course to miss the playoffs for the 16th time in the past 17 seasons since the club’s trip to the Western Conference finals in 2003-4. It has the worst record in the 30-team N.B.A. this season at 13-40.

Taylor entered into a similarly advanced phase of sale talks in August 2020 with a group headed by Daniel E. Straus, a former minority owner of the Memphis Grizzlies, only to see the deal to collapse. It wasn’t the first time that Taylor had backed away from the negotiating table after seriously entertaining the sale of the team, but Rodriguez and Lore appear willing to grant a timeline that allows Taylor to wean himself away from Timberwolves ownership slowly — a luxury he is known to deeply covet.

The Timberwolves have endured a tumultuous season thanks in part to the February firing of Coach Ryan Saunders, the son of the longtime former Minnesota coach Flip Saunders, and subsequent criticism for their abrupt hiring of Chris Finch, an assistant coach from the Toronto Raptors, as Saunders’s replacement. They have two No. 1 overall draft picks on the roster in Karl-Anthony Towns and Anthony Edwards, as well as a former No. 2 overall draft pick in D’Angelo Russell, but the Wolves will lose their top pick in the 2021 draft as part of a prior trade with Golden State unless it lands in the top three in the draft lottery.

Now a prominent television analyst on baseball broadcasts for ESPN in addition to his various business pursuits, Rodriguez hit 696 home runs in a 22-season career with the Seattle Mariners, the Texas Rangers and the Yankees and won a World Series ring as a Yankee in 2009 — but also faced heavy criticism and a yearlong suspension as a player for his admitted use of performance-enhancing drugs. Lore has served as the chief executive officer of U.S. e-commerce for Walmart and previously founded major e-commerce firms such as Diapers.com and Jet.com.

Australian swimming championships to test body clocks for Tokyo | Swimming
We use cookies on our website to give you the most relevant experience by remembering your preferences and repeat visits. By clicking “Accept”, you consent to the use of ALL the cookies.
Cookie settingsACCEPT
Manage consent