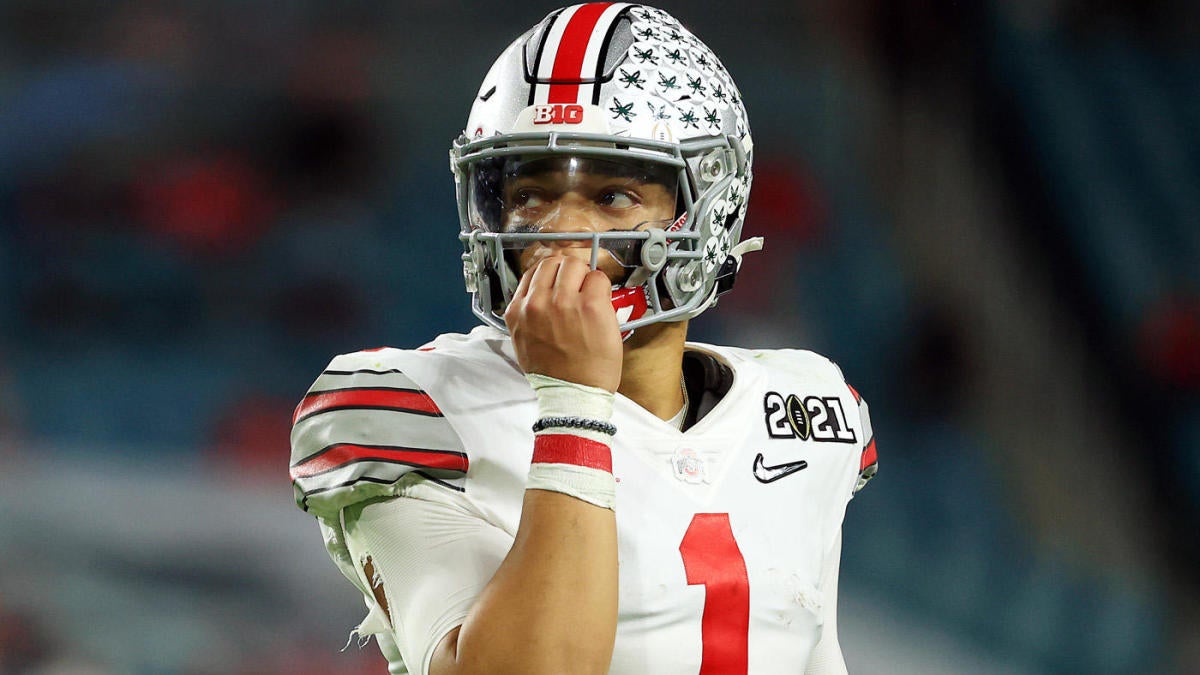 2021 NFL Draft notes: Intel on the latest buzz regarding first round as Bears ‘badly’ want to move up

LAGUARDIA AIRPORT — I’ll be in the sky on my way to Cleveland for CBS Sports HQ’s coverage of the NFL Draft when this publishes, but I wanted to start your morning off with all the information I’ve gathered over the last few weeks. Plus, it’s been more than a year since I was able to put a dateline on something and I just wanted to do it.

My two mocks have included some of this information, and I’ve tried to weed out the obvious smoke from teams to distill what I believe is true. This all is rooted in the draft going Lawrence-Wilson-Jones.

I’ve been bracing for a Justin Fields fall in this year’s draft, but I’ve come to believe that he won’t get past pick No. 9 later tonight. If Fields is available after the Bengals pick at No. 5, I think the Bears or Patriots could move up to get him.

Sources have told me the Bears “badly” want to move up from pick No. 20, and the only reason you’d give away that much future draft capital is for a franchise quarterback. Now, a veteran-laden team like the Bears could use those picks down the road, and it could cause the Bears trouble in the coming years if the quarterback doesn’t pan out. But GM Ryan Pace needs to get a quarterback in the first two rounds, and it may be Fields up top or Kellen Mond later.

Craving even more NFL coverage focusing on previews, recaps, news and analysis? Listen below and follow the Pick Six podcast for a daily dose of everything you need to follow pro football.

Fields is still in play for Atlanta at No. 4, however, I’m placing my marker on Kyle Pitts there. First-year GM Terry Fontenot said Wednesday he’s had calls with all NFL GMs on trade-back options and will be comfortable pulling the trigger if need be.

Kudos to the Falcons and their staffers on a quality misinformation campaign. I mean this with respect and sincerity: talk to anyone there and they can reasonably convince you of four different picks/scenarios at No. 4.