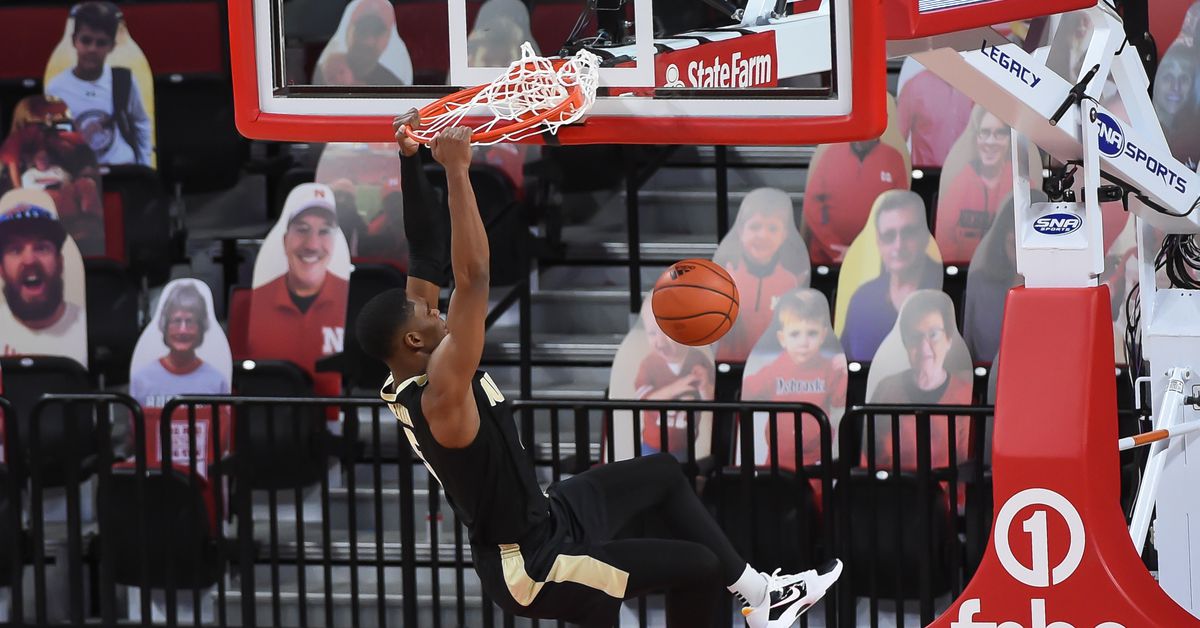 When a player comes out of a redshirt year it is always a mixed bag. If the guy explodes as a contributor there will be the “Well why didn’t he play last year?” If he struggles, the “will he ever pan out” question can be asked. Newman tended to be in the former category, I think. He made his on court debut in 2020-21, but seeing the Purdue offense struggle in 2019-20 did have some question why he wasn’t on the floor.

Ultimately, I think it was a roll of the dice by coach Painter. He had a pair of graduate transfers in Jahaad Proctor and Evan Boudreaux who were in their final years anyway and he thought he could steal a year of eligibility on the back end with Brandon Newman and Mason Gillis. If Purdue could make the NCAAs and have a decent season with them, even better, and both Gillis and Newman would have a free year to develop.

As we know, it ended up being a down year. We had decent contributions from Proctor and Boudreaux, but the team as a whole did not seem to fit together and lacked offensive consistency. This year with Newman things were a little better, but the make up of the team as a whole was different too, leading to Purdue overachieving preseason expectations. Like so many other players in this series, consistency is what we need to see from Brandon.

We saw a lot of good from Newman this year. The player he seems to be battling the most for playing time is Sasha Steanfovic. They are arguably Purdue’s two best three-point shooters and seemed to trade off minutes at the two. By volume they took the most threes on the team (125 for Sasha, 108 for Newman). By percentage Sasha was first at 40% and Newman was third at 17.9% with Isaiah Thompson between them at 39.7%.

Newman was the more dynamic scorer, however. He finished the year with 196 overall shot attempts, trailing only Jaden Ivey and Trevion Williams. Newman has the size and athleticism to try and get to the rim. This is something I would love to see more of, especially since he was the team’s best free throw shooter at 93.8% (30 of 32).

Newman started the year very strong, reaching double figures in each of his first three games, including 21 against Oakland. In Big Ten play he had some pretty good games, topping out with an impressive 29 points against Minnesota at home. He went 9 for 14 in that game, 5 of 6 from three, and hit all six of his free throws. He was twice named the Big Ten Freshman of the Week as well.

There was a definite drop off following the Minnesota game though. He scored 10 each against Northwestern and Nebraska, but by the North Texas game he was scoreless and played just 12 minutes. A big reason for that was the return of Stefanovic. He seemed to thrive during Sasha’s COVID pause, but dropped off afterwards. That he did not get more minutes against North Texas is very, very curious to me.

Defensively, he had some good moments and was second on the team with 21 steals. He showed signs of being a solid defender, which only makes his absence from the North Texas game in the second half all the more curious. Overall, he is a certainly a player that could have made a big difference on both ends in a game Purdue ended up losing in overtime.

The theme going forward for Brandon is the same with so many other returning players: consistency. Brandon has shown he can be a guy that absolutely fills it up. He can get red hot from three and produce a 25-30 point night from time to time, but he has the tools to average 10-15 points per game in the Big Ten. He can be a dynamic scorer able to create his own shot and with more confidence going to the rim he can get to the line, where he is an elite free throw shooter. I’d love for his three-point shooting to get over 40% and to see him try to draw more fouls and get to the line.

We saw this in glimpses this year, and in 2021-22 that needs to come out more. Purdue has a star in Jaden Ivey and one of the best post rotations in America in Trevion Williams and Zach Edey. We need that second guard, however, that can be a running mate with Ivey, and I believe Newman can be that guard. He’s a kid that average more than 21 points per game in his high school career and he has a very good jump shot. He also has the tools to be a strong perimeter defender. If he puts it all together and compliments Ivey as a scorer Purdue is going to be very, very good.

The Latest: COVID forces Hatton out of Valspar Championship | Sports

ESPN ranks college football’s 10 best
We use cookies on our website to give you the most relevant experience by remembering your preferences and repeat visits. By clicking “Accept”, you consent to the use of ALL the cookies.
Cookie settingsACCEPT
Manage consent