The football book was once a Christmas staple. No visit from Santa to the Ross household was complete without the Shoot! Annual or the Topical Times Football Book. These photo-based publications, along with the obligatory My Story by a star player, established a lowly perception of football books as either pictorial and aimed at children, or as cliche-ridden as a post-match interview with an impatient manager. But football is a metaphor for life, isn’t it? Surely the perfect vehicle to convey the frailties of human existence?

Writing a novel set against the backdrop of a failing lower-league football club has its obvious dangers. Will it alienate those who don’t like the game? Will it be classed as one of those old-school football books and lumped in with the landfill of ghost-written autobiographies of Premier League wonder boys barely out of their teens?

My new novel There’s Only One Danny Garvey is set in 1996. It is a book set in a footballing context, but it isn’t a book about football. Just as The Damned United (listed below) is a book that examines, through a stream-of-consciousness narrative, the obsessions of a man being played out in an often-illogical, unforgiving, alpha male-dominated environment. There’s a lot more than a simple game at stake.

Dig deeper and you’ll find books framed against the game’s irrational passions and ambitions that are among the best books written about anything. Don’t believe me? Have a look at my Top 10. It should have been 11, but Ayrshire Junior football teams always get one sent off early for dissent. So, in that spirit, here are the 10 still on the field as the final whistle blows.

1. The Damned United by David Peace

Peace’s masterful novel depicting the 44-day tenure of Brian Clough as manager of Leeds United depicts how his paranoia and loneliness (and irrationality) grow with his increasing isolation. Insomnia takes hold and the Clough of the novel struggles to understand why the skills and practices that made him a brilliant football player – prior to career-ending injury – and then a mercurial manager, have apparently deserted him.

2. The Blinder by Barry HinesIt’s less well known than A Kestrel For a Knave and I’m perhaps the only person in the world who thinks it’s better. The book’s depiction of the red brick back courts of northern England – and of the early 60s social context – is brilliant, and the characters are realistically flawed. The story follows Lennie Hawk, still at school but already showing the ability of a future England international. Lennie’s attitude to life and football is a mix of the two real-life subjects from my next choice.

© Provided by The Guardian
Duncan Edwards in 1956. Photograph: Colorsport/Rex/Shutterstock


3. Best and Edwards by Gordon BurnA compelling study of two footballing giants, doomed to be remembered differently due to the circumstances of their deaths. George Best may have recklessly squandered his genius, while Duncan Edwards had his tragically stolen, but Burn’s beautiful, elegiac writing elevates them both to legendary figures of a country that changed dramatically in the decade between their respective emergences as star players for Manchester United in the 50s and 60s.

4. A Natural by Ross Raisin

This is such a beautifully written book. It tackles homophobia – the one remaining taboo in football – with a sensitivity that’s brilliantly nuanced. The book concentrates on the devastating fall that many young players experience; being released or sent out on loan to the lower divisions after the early promise fails to materialise. Tom has an intuitive natural playing ability but, as he grapples with repressed sexuality and the isolation of being far from home and family, his un-natural-ness as a footballer becomes apparent.

5. The Van by Roddy Doyle

Perhaps a surprising addition to the team sheet but The Van captures the unfettered joy of an unexpected cup run. In this case, the Irish national team’s extraordinary World Cup finals performance at Italia ’90 provides the canvas for a portrait of tender, middle-aged friendship. When Jimmy Rabbitte Sr ploughs his unemployment money into a rundown fish-and-chip van, he unwittingly inspires the writing of every one of my books.

Hornby’s memoir details his obsessional relationship with a football club that wouldn’t have been his obvious geographical choice. The club begins to fill an emotional hole in his young life as his parents’ relationship fractures. Hornby doesn’t hold back from elucidating how irrational the life of a football fan can become as the fixtures begin to govern his own relationships with those close to him. It’s the best book ever written about what it means to dedicate your life to one team, through thick and thin. Just a pity it had to be Arsenal!

7. McIlvanney on Football by Hugh McIlvanneyThe McIlvanney brothers, Hugh and William (and William’s son, Liam) were from Kilmarnock, my home town. An amazing level of writing talent to come from one family. Hugh wrote about sport, the way William (and now Liam) writes about crime. He’s the best sportswriter of all time, elevating the subject to high art and always finding those finely balanced and interconnected human strands of achievement and failure. Whether it’s in the essays written about the giants of the game – Jock Stein, Bill Shankly, Alex Ferguson etc – or the unexpected glory of a cup win for Killie that bookend these pages, McIlvanney writes like the Brazil team of 1970 played; with effortless grace and control but also breathtaking imagination. There’s no one to touch him on this form.

8. Fan by Danny RhodesA harrowing account of one fan’s struggle to cope in the aftermath of Hillsborough. The unimaginable tragedy of Hillsborough is one of the defining events of my generation. I was 24 when it happened, just a few years older than John Finch, the central character of this book. Rhodes’ staccato prose absolutely nails that vivid mix of excitement and apprehension in travelling to football matches and being herded in claustrophobic packs before the era of all-seater stadiums.

My sometime colleagues from Nutmeg magazine have produced a beautiful, evocative, gritty love-letter to the Scottish game. Daniel’s poetic descriptions and Alan’s alluring photographs capture the attraction of football at all levels, but the book is especially affecting when they visit grounds where the players voices can be heard over the fans on the terracing.

10. Inverting the Pyramid by Jonathan WilsonSupporters can easily become obsessed by tactics and formations. Whether the “diamond” trumps the “false nine” or whether 4-3-3 is just 4-5-1 with lazier forwards? And for those who (pre-Covid) lived for those never-ending pub arguments with no hope of resolution, this book is their bible. Although it stops short of explaining the theory of the ‘67th-minute’ goal. That’s explored in detail in There’s Only One Danny Garvey.

Wed Feb 3 , 2021
Mike Schaefer, 247Sports Oregon has been on a tear in this recruiting cycle, and after adding nearly two dozen prospects in the Early Signing Period, Mario Cristobal and the Ducks staff kicked off 2021 National Signing Day by landing one of the top available prospects left uncommitted.  Four-star cornerback Avante […] 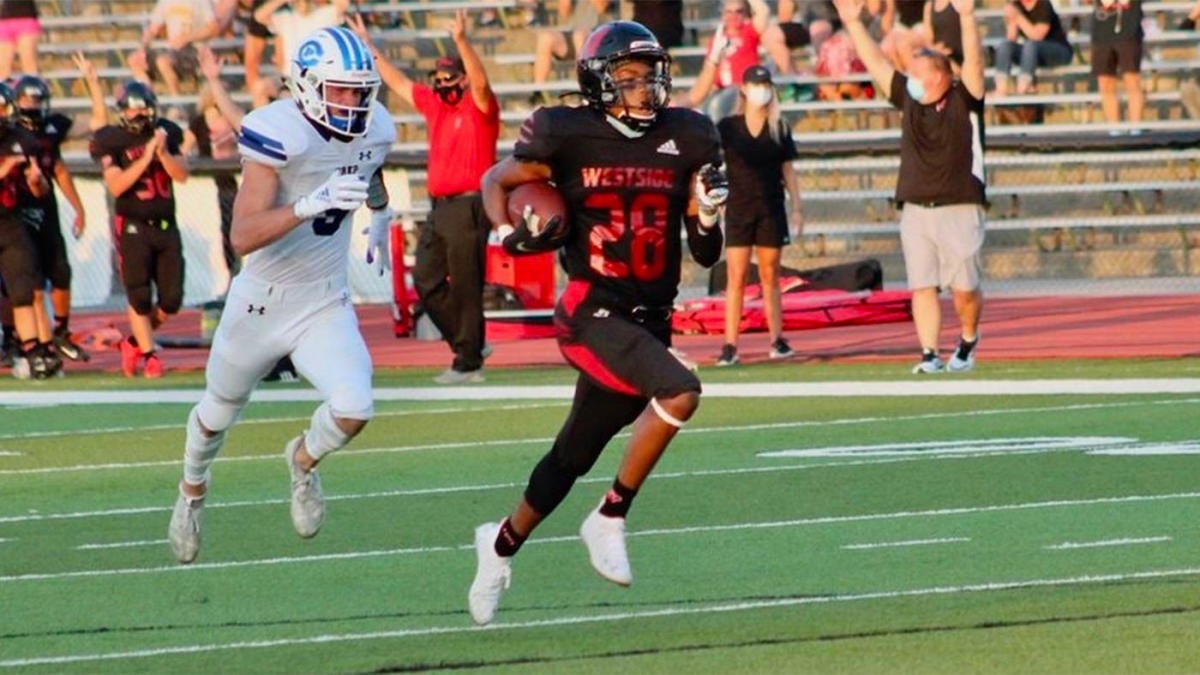