Australian Open chief Craig Tiley said he was “absolutely confident” the tournament will start next week despite a fresh coronavirus case that halted warm-up tournaments and forced hundreds of players and officials into isolation on Thursday.

The case, a worker at one of the Melbourne tournament’s designated quarantine hotels, has caused yet more chaos before the year’s first tennis Grand Slam, which has already been delayed three weeks over coronavirus problems.

But Tiley said the Australian Open would start as scheduled on Monday, and that there were no plans to cancel. Play was suspended at six warm-up tournaments in Melbourne on Thursday.

Play has been cancelled at Melbourne Park on Thursday Photo: AFP / David Gray

“We have three-and-a-half weeks of tennis to play and we’ll go in as scheduled.”

The incident highlights the difficulty of holding large-scale, international sports events during the pandemic, as officials wrestle over how to safely hold this year’s Tokyo Olympics.

Health officials insisted the risk to players and officials, who queued up for coronavirus tests on Thursday, was “low”.

Victoria state Health Minister Martin Foley said the 520 people ordered to isolate and get tested were casual contacts, stressing “we are not as concerned about them”.

“But out of an abundance of caution we want to ensure we leave no stone unturned in how we follow up and deal with anybody who may have had contact with this individual,” he said.

Hundreds of players who stayed at a Melbourne hotel are being tested for Covid-19 Photo: AFP / William WEST

Dedicated facilities were set up to ensure they all get tested quickly, with results often returned within 24 hours.

The Australian Open draw, which was scheduled to take place on Thursday, has been pushed back by a day.

Stefanos Tsitsipas and Stan Wawrinka were reportedly among those affected by the mini-lockdown although the biggest names of the game, including Serena Williams, Novak Djokovic and Rafael Nadal, were not among those isolated as they spent their mandatory 14-day quarantine in Adelaide.

More than 1,000 players, coaches and officials flew into largely virus-free Australia last month, sparking debate over the whether the tournament should be held during a coronavirus pandemic.

Aggressive restrictions on incoming travel have meant Australia has been one of the world’s most successful countries in dealing with the pandemic and one of the few still able to have spectators at sports events.

“We don’t want to see a situation as we did with the Grand Prix, where crowds were literally turning up, only to be turned away,” the Melbourne Herald Sun quoted O’Brien as saying.

“I think people are entitled to know what’s happening, and the government should be making their minds up in the next 24 to 48 hours.”

The late decision left fans fuming as they queued to get in.

While resentment has been bubbling on social media over whether the tournament should go ahead, opinions were mixed on the streets near Melbourne Park, the Australian Open venue.

“I’m just disappointed because the Australian Open seemed from the beginning about profits and not the safety of the public,” said John Reilly, echoing some of the online sentiment.

Victoria had gone 28 days without a locally acquired infection before the latest case, which prompted a tightening of restrictions around wearing masks.

Sat Feb 6 , 2021
Tom Izzo has had football players play basketball on his team going back to his early years when Nick Saban was the Spartans’ football. He had them in subsequent years, under John L. Smith and Mark Dantonio, too. Now, Izzo is set to have the latest player cross Shaw Lane […] 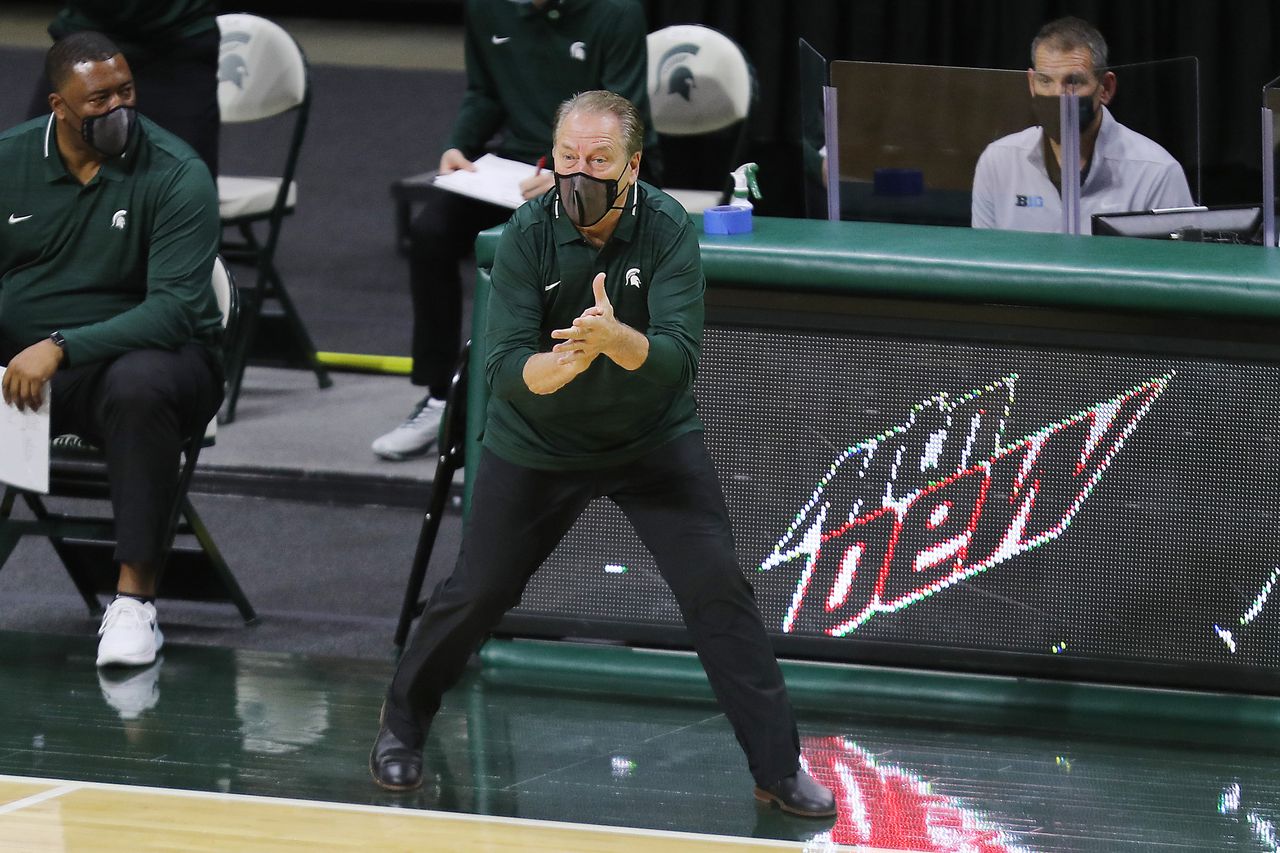